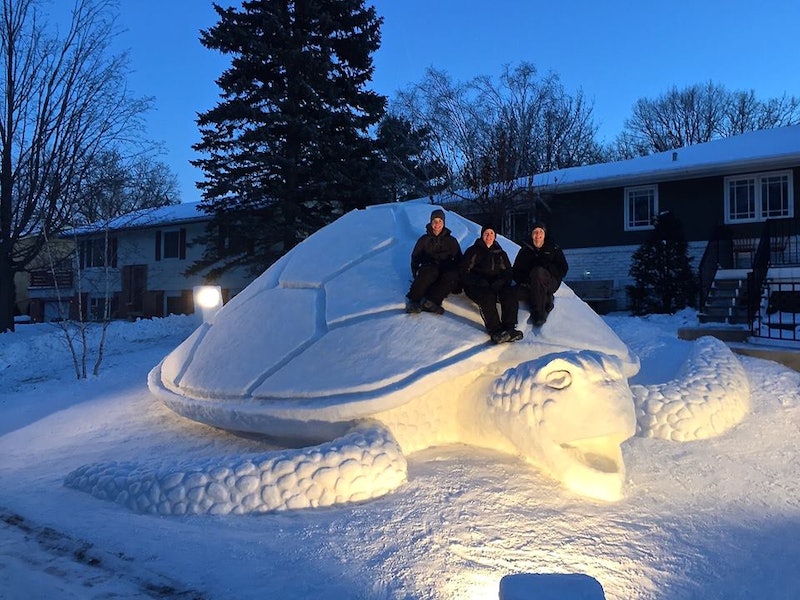 Been feeling a little snowed-under lately? It's been a particularly frigid past few weeks for the northeastern United States, with New York City and Boston suffering shiveringly low temperatures, among others. And at times like these, it makes sense that people are looking for some innovative ways to have some fun out of it. Turning lemons into lemonade, as they say. Or in this case, turning snow into a monument — check out some of these awesome snow sculptures that have been delighting people on social media lately, because they're about as cool as it gets. Ha, see what I did there?

In all seriousness, it's worth bearing in mind how hard it is to make such impressive statues out of mere snow. In addition to the fact that they're always fated to melt into nothingness eventually — a macabre reminder of the decaying, finite nature of existence, perhaps? — you have to brave a great deal of cold even to put in the work on them. As such, if you're already sensitive to the cold seasons, maybe you shouldn't try this at home. But that's not necessarily a bad thing! Just grab some tea or hot chocolate, curl up and marvel at some other people's work from over the last many months. Pretty sweet deal, huh?

1. Come On Guys, The Super Bowl Was So Two Weeks Ago

4. They Even Have A Badass Snow Queen

5. The Empire Strikes Back At Japan's Sapporo Snow Festival

10. Just When You Thought The Swiss Alps Couldn't Get More Beautiful