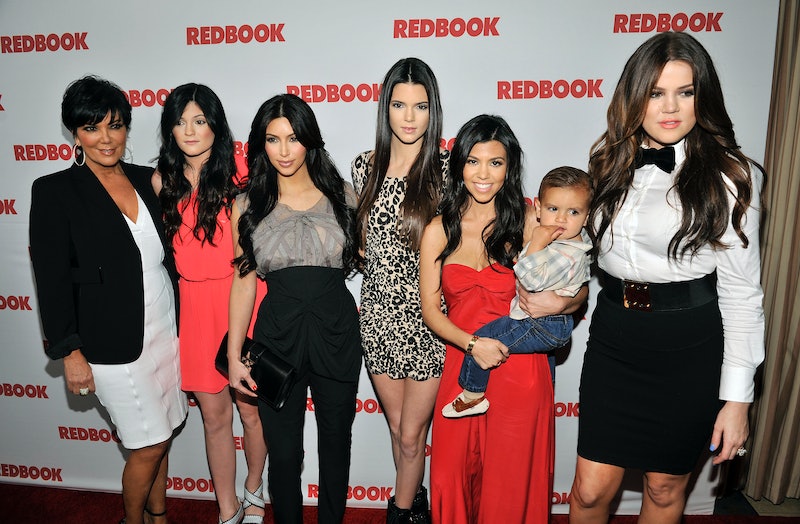 We only have to wait one more month until Keeping Up With the Kardashians Season 10 premieres on March 15, and fans are eagerly awaiting the show's return. But what will be included in KUWTK Season 10? Fortunately we don't have to wait four weeks to find out what we have to look forward to. E! just released a new teaser trailer, and although the clip is only 30 seconds long it actually gives a pretty good look at what's upcoming.

Rumors have been circulating for awhile on what topics the new season will address, (Kim Kardashian's iPhone game? Bruce Jenner's alleged transition? Scott Disick's partying? Kris Jenner's love life?) and now we have some answers. The previous trailer showed that there would be a ton of the usual drama. It showed relationship trouble for French Montana and Khloe, Kourtney and Kim Kardashian disagreeing over her video game, Brody Jenner arguing about the Kimye wedding, and more.

But this new teaser trailer featured a whole new slew of topics that the show is going to delve into, and there's going to be even more drama than I originally thought. Here are four new things the upcoming season promises.

"Her whole career is going to change," Kris says. "When this is announced it's going to be epic." Debbie Downer Kim then responds, "You are so delusional." So I think we can expect some drama around Kendall Jenner's career move and the wild success she's had with it, especially if Kim was initially a doubter.

Kourtney lets her boyfriend know that, "My mom and Khloe keep questioning me about what you're doing." What is it that the Lord is doing? We'll have to stay tuned for his royal antics and ensuing family response.

Kris and Bruce Jenner's divorce seems to be at the center of the show as the sisters remind each other that despite it all, they still "have to make those efforts" to stay in touch with both of them. So hopefully this means we'll get to see more of Bruce this season, because he's easily my favorite person on the show.

Nostalgia For the Early Days

"Why can't we just talk like the good old days?" Khloe laments. I don't know Khloe. Because change is constant and unstoppable. Sigh. The teaser doesn't reveal who she's talking to or what she's upset about, but I'm sure we'll get to see all that and more starting March 15. Check out the full preview here: