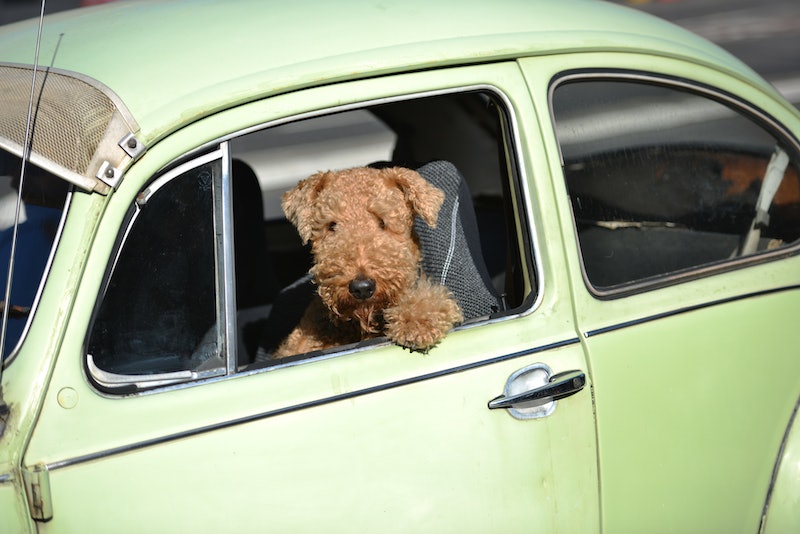 Craigslist summons such a split of awesome and awful. It's like a total mixed bag of the best, worst, and most banal of what humanity has to offer, and as such, serves as a better metaphor for life than a box of chocolates. No matter what, you can expect to be surprised. Let's break it down for a quick sec. Bad stuff you'll find on Craigslist: murders, mysteriously stained sofas, intensely objectifying missed connection ads, each of the horrible roommates I had during an internship in Washington, D.C. Awesome stuff you'll find on Craigslist: Cool free stuff, intensely adorable missed connections that are also not totally fake, this ad. This. Ad. (Which, to be fair, is probably fake.)

This ad is absolutely an example of Craigslist's awesome side. Here is what is unarguably a member of the camelid family. I think it's a llama, but it could be an alpaca. Regardless, something it certainly is not is a dog—which is exactly what the poster called it. "Found a really large dog," the ad reads. "I think it's a great dane (sic) but I'm not sure cause I never owned a dog before." I've never owned a dog before, either, bud, but I mean...at least the person who posted it seemingly has good intentions? And even gave the critter a bath? Anyway, here is the "dog" from the post:

I love the look on that animal's face. It's very "Happy Halloween! Sorry, we only have carrot sticks at this house!" and I approve of that. Here's the entirety of the original post:

Found a really large dog, I think it's a great dane (sic) but I'm not sure cause I never owned a dog before. It was really late and night and she was wandering Market street (sic) by herself. I brought her home and she really smelled so I gave her a bath. No collar or tags. She is really friendly and like (sic) people a lot because she slept on my bed the first night. If no one claims her she can live at my house. If she is your dog please give a good description of her (like her spots and stuff)great dane, pit bull, mastiff, puppy, puppies, doodle, papered, registered, good home

If I ever go missing, I hope my person can recall all my "spots and stuff" so they can properly identify me when I'm found. But I digress. Has anyone in the Seattle area lost a llama? Because this person found it. And you should probably rescue it from their bed, STAT.