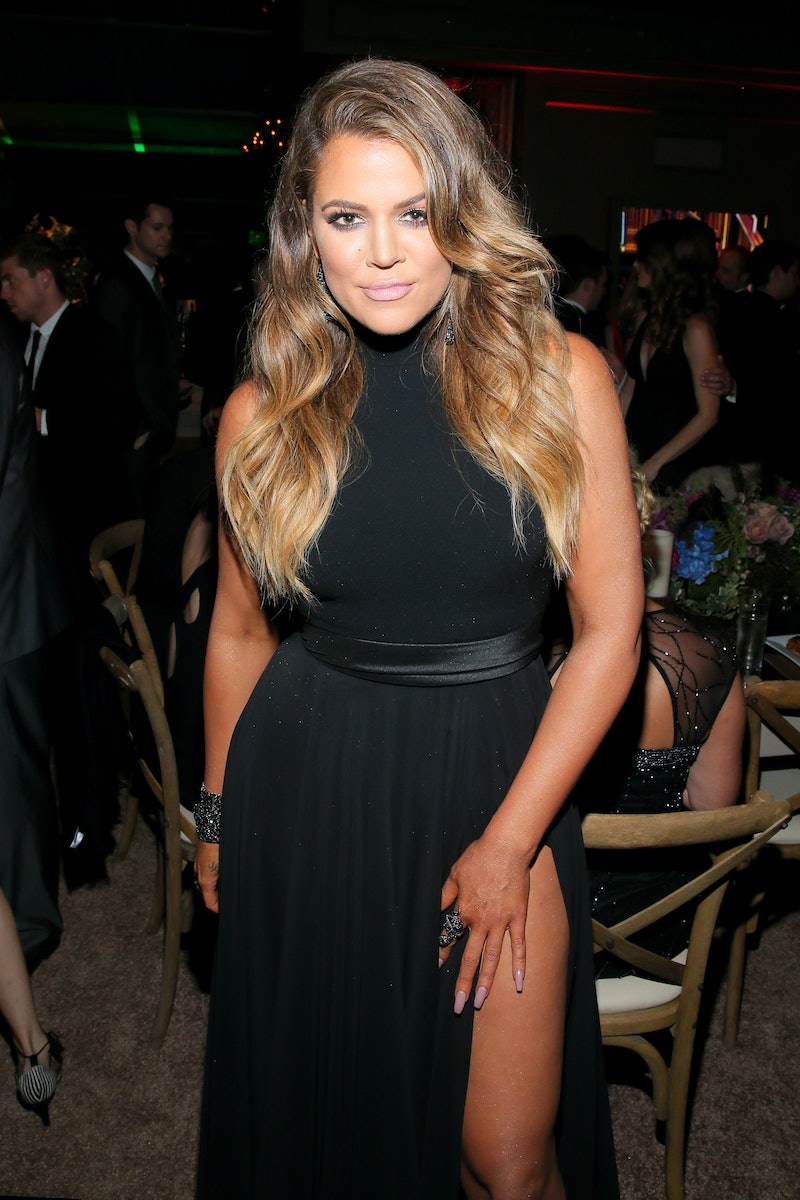 Wow, Khloe Kardashian just went in on Amber Rose in a series of tweets. Khloe has always been my favorite Kardashian sister and part of that is her fierce loyalty to her friends and family. So what happened? Why did Khloe Kardashian call out Amber Rose on Twitter? No, it has nothing to do with Kim Kardashian marrying Rose's ex Kanye West. That would have been my first thought, as well. It is actually in defense of her younger sister Kylie Jenner, in response to comments that Amber made in a recent interview.

What did Amber Rose say to light such rage in Khloe? Before I get to this, I want to share a little bit of background information. Tyga has a two-year-old son named King Cair with his ex girlfriend Blac Chyna. The breakup was not amicable and Tyga filed for sole custody in December, 2014. Blac Chyna and Amber Rose are best friends so she has a clear bias in regard to that breakup, and I assume the custody battle. Tyga spends a lot of time hanging out with the Kardashian/Jenner family. In a radio interview, Amber shared her thoughts about Tyga’s alleged relationship with Kylie Jenner.

Rose got heated with her comments: "[Kylie's] a baby, she needs to go to bed at 7 o'clock and relax. That's ridiculous. [Tyga] should be ashamed of himself. That's how I feel. For sure. He has a beautiful woman and a baby and left that for a 16-year-old who just turned 17." Wow, she really went in. I understand that everything in the Kardashian/Jenner universe is highly commented on, but Rose does not even know Kylie Jenner. And this is why Khloe Kardashian was infuriated.

Khloe Kardashian tweeted a lot on Monday. Even through her ire, she had some valid points. Kardashian said, "We get asked questions about people all the time and my sisters and I always take the high road and don't answer. Truth is we don't know these people. I don't know Amber so why would I comment on her. I'm not going to comment on someone I don't know. That's unfair. We all hear things via social media or blogs but I would only want to comment on someone if I actually knew them and or had my own personal history with them. I would think others would want the same respect."

Amber Rose was not going to let Khloe tweet without defending herself. Amber came at Khloe when she tweeted, "I'm happy u brought up the fact that I was a stripper at 15...." Kardashian already said that was not an insult about Amber being a stripper, but a point to show that it's hypocritical for her to call out Kylie to "be in bed by 7" when Amber was not during her teenage years. Then, Amber took it to another level and called Khloe's "older sister" a "whore" to support her family. Rose even threw in the hash tag #DontPanic, which is a reference to a the song "Don't Panic" by Khloe's sometimes boyfriend French Montana.

I have to agree with Khloe on this. If Amber Rose does not even know Kylie Jenner or the rest of the Kardashian/Jenner family, she should not talk about any of them, especially with such a disdain. She should have just elected not to comment. Aside from that, Kylie Jenner is not an adult. Amber should not be trying to start drama with a teenager — particularly when it has nothing to do with her.