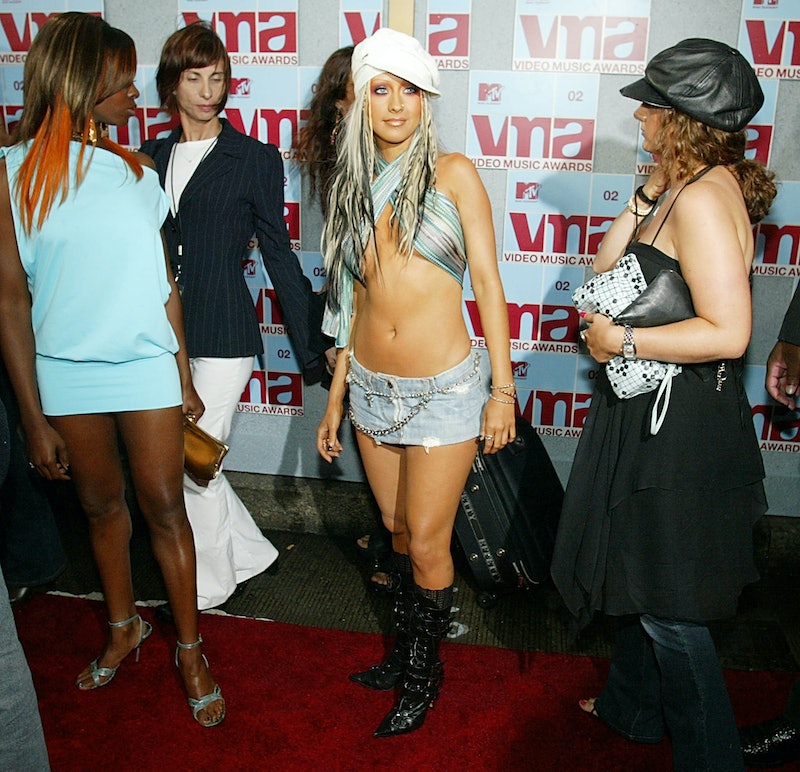 I've always thought of the '80s as not that long ago, but the truth is, the decade that saw the birth of great women like myself, Beyoncé, Britney Spears and Katy Perry, is now responsible for the early-30s or looming-30s human population, which makes it quite a while ago. Maybe some of those born in the latter part of the '80s aren't quite feeling out of touch with "cool young person things," but honey, it's coming, and you can't escape. There comes a point in every person's life when you stop being down with the kids, and for some reason, I think this transition most commonly occurs when you're close to turning 30. This is around the time when you stop caring about new pop bands (because all the best pop music already exists, and your list of musical favorites is pretty well established), and "young people things" change with such speed and frequency that your back aches just thinking about trying to keep up and you need to sit down and have a wine because kids these days are on about a lot of nonsense that really upsets you.

You were a teen/early 20s person too, once, and of course the generation before you (people born in the '70s) were overwhelmed with the sheer volume of new information and technology vested upon the younger generation to be bandied about in some unknowable, slightly younger parallel universe. It's got nothing to do with superiority. It's that we're just starting to get a little older and don't have the enthusiasm (or the interest, to be honest) to keep up with the cool kids. It happens to everyone eventually, and if you think it doesn't apply to you, just wait and see how you feel in a few years about the youths of tomorrow driving about in their hover cars! That's how '80s babies feel right now, in 2015. Here are 11 things that people born in the '80s just really don't understand, that are making us feel like we might be officially getting a little bit old.

This morning I had to ask my editor if Snapchat was "the thing you send sex photos with, right?" and then I had to Google whether Snapchat was two words or one. (It's one, by the way, which I don't understand either.) As it turns out, you can send sex photos on Snap Chat, but also other photos, so I guess it's just like one of those old-fashioned things like texting or email which is how I send photos.

I love pop music like it's my own child, but I still don't really get what a One Direction is. They're supposedly a boy band, but I don't see them doing cool synchronized dancing like the Backstreet Boys. Also, in 2001, didn't we all get together and decide that we weren't doing boy bands any more? What happened to that plan? It was a solid plan, guys.

Platform shoes, we get. Show us a woman in a pair of vertiginous, Spice Girl-branded Sketchers and we'll nod like we've cracked the Da Vinci Code. But now kids seem to be wearing much lower platform shoes, often with uncool looking Birkenstock style straps around the foot part or otherwise bulbous toes with big straps around them, and they just sort of look like one of their legs was a little bit too long so the doctor assigned them some ugly, uncomfortable looking shoes to even them out.

4. How it's possible that there are people who don't know Christina Aguilera primarily as "Xtina"

I once worked with a 20-year-old, and I was telling her about how we did a dance to Xtina at my high school graduation and she had no idea what I was talking about until I said "Christina Aguilera," which, to me, is an abomination.

We accept Twilight and The Hunger Games, but we check out on all other YA. If someone could please explain why Divergent isn't part of The Hunger Games, we'd be pretty pleased, because that girl looks a lot like Katniss, and she seems to have attitude, a generically attractive, thin, white boy love interest, and aims to change the world. That's just what I gleaned from the posters on the subway. Maybe that's all there is to know.

6. Most of the acronyms

A young person I know captioned a photo on Facebook with "Looking awesome af" and I thought they had accidentally hit enter in the middle of trying to type something like "Looking awesome after eating two large Big Mac meals." Then I started seeing "af" around more and I started assuming it was a noise you made at the end of a sentence for some reason. Then I finally Googled it and found out it meant "As f*ck." I need a cheat sheet.

7. Not to mention conversational slang

It turns out the kids have a lot of new words I've never heard of before. When hanging out with younger siblings, I just nod and smile.

8. How to pronounce Deadmau5

For the longest time I thought it was pronounced "dead-mao-five." I am pretty glad I never attempted to say it out loud in public.

9. What happened to action movies?

Action movies all have such involved plots now, even the bad ones. What ever happened to the simple story of a guy who had to kill a bunch of other guys? Now they have to have motives and twists and CGI.

10. Why How I Met Your Mother is good

Try as we might, we don't get it. It doesn't have the chemistry of Friends or the smarts of Seinfeld. There must be something funny about it, given that it was such a huge success, but what that is exactly completely eludes us.

11. How we're supposed to exist without an at-home printer