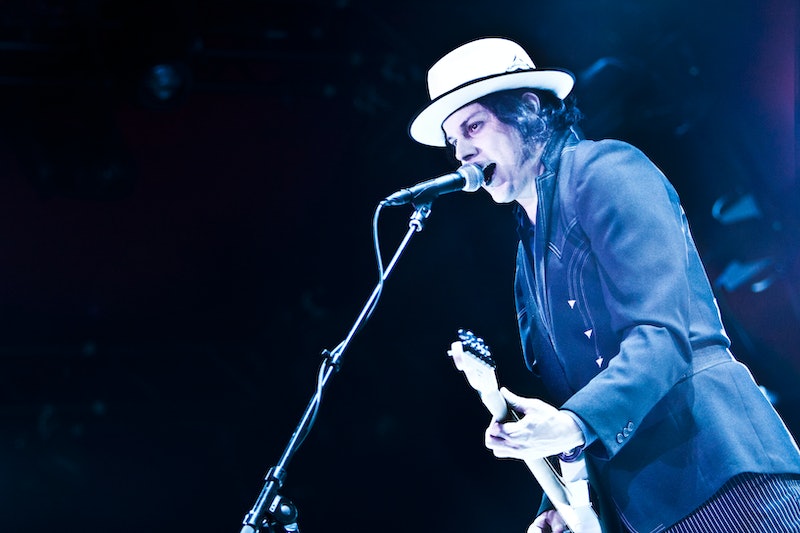 If there's one thing that Jack White would really like, it's for all of us to stop discussing how he likes his guacamole, please and thank you. Annnnnd in case that sentence makes zero sense to you — because why should it— I'm referring to a recent tour rider of White's that was leaked to the media stipulating that there can't be any bananas on the premises. He also requested "high-quality", "thinly-sliced" prosciutto, and describes in intricate detail the ingredients and process for making the perfect guacamole, to be served in his dressing room at 5 pm. The rider was published by the University of Oklahoma's school newspaper, after White visited their campus for a show, and the guac recipe includes all caps instructions to "SAVE THE PIT THOUGH" and a reminder that "we want it chunky", and everyone's been pretty delighted by it. Everyone, that is, except Jack White himself.

It seems pretty clear to me that people would want weird things on the road, and they're entitled to them, but what's really rubbing me the wrong way is White's defensiveness. I don't think the rider should have been leaked, but the response he just issued speaking directly to the media is... well, it's weird you guys, I'm not gonna lie. Check it out.

dear journalists and other people looking for drama or a diva,

even in the age of the short attention span internet article, it's still hard to believe you are STILL writing about this.

Well thanks so much for reading my diva drama, Jack! Means a lot! I won't reprint the entire open letter, because it's confusingly long (973 words!), but he ranges over all manner of topics, from implying someone on his tour is allergic to bananas, holding forth on free speech, saying he isn't mad at the students who leaked it, and most importantly, clarifying that whole guacamole thing:

first off, this is none of your business, but i have no specific demands in my dressing room. i know i could ask for lots of things but i actually don't ask for ANYTHING. i take with me what i need, and that ain't much. anything on the rider is for the band and the crew. this "guacamole recipe" is my hilarious tour managers inside joke with the local promoters, it’s his recipe, not mine. it’s just something to break up the boredom, seeing who can make it best. though i wouldn’t know because i’ve never had it. i can’t even make kool aid let alone cook any real food enough to have a “recipe.” sorry, i don't have that talent.

Thanks for clearing that up? I guess?