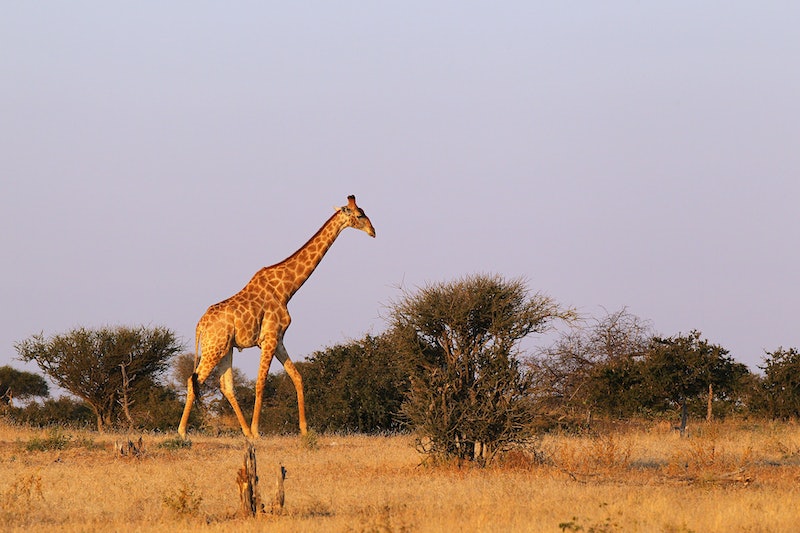 If you’ve been following all of the Fifty Shades of Grey hoopla lately, you might assume that humans have a lock on the global “Weirdest Sex Rituals” competition (which is not a real competition, but now I’m kind of wishing it was). However, a few handcuffs, whips, and blindfolds seem downright tame in comparison with some of the truly kinky stuff creatures of the animal kingdom get up to, from urination during sex to decapitation to sex-changing to…penis eating? Yikes.

The bizarre, gross, violent sexual practices of many species develop slowly over time, and, strange as they may seem, they are often perfectly calibrated to promote the perpetuation of the species in very specific environments. Take anglerfish, for example. I’ve got more on their intense weirdness below, but basically the male anglerfish is a small, fleshy appendage that lives as a parasite on the much larger female. This may seem insane (and like a real life version of this creepy/amazing scene in Total Recall), but it actually makes sense: in the lowest depths of the ocean, anglerfish rarely run into each other, so having your mate literally attached to you is a way to ensure propagation. The mating rituals of the species listed below may seem cringe-worthy to us, but, frankly, human sex would probably seem totally disgusting to most of them. (Except bonobos. They’d probably just want to join in.)

The bonobo, a species of great ape found in central Africa, is the only species other than humans who mate face-to-face, kiss (with tongues!), and engage in oral sex. Bonobos have sex a lot, and don’t seem to care very much about age or gender. Bonobos use sex in a variety of social situations, including greeting and conflict resolution. Primatologist Frans de Waal has said, “Chimps use violence to get sex, while bonobos use sex to avoid violence.” Sex at Dawn author Christopher Ryan has even suggested that bonobos have much to teach humans about their own love lives.

Some species of flatworms are hermaphroditic, possessing the ability to generate both sperm and eggs. During mating, two flatworms engage in “penis fencing,” in which they’ll each try to impale the other with a two-headed penis. Whoever manages to penetrate the skin will release semen and inseminate the other. The flatworm who “wins” the battle gets to end its involvement there; the loser has to perform all the duties of the mother.

There’s an old joke that asks, “How do porcupines make love?” The answer: “Very carefully.” While porcupines do have to be careful not to stab each other, their quills are not, in fact, the strangest part of their mating ritual. Apparently, they’re into water sports. As Jason Bittel at Slate explains, “The male porcupine rears up on his hind legs, walks toward the female with a fully erect penis, and proceeds to soak her in urine with a spray forceful enough to shoot 6 feet.” How romantic.

Female praying mantises are notorious for they’re predilection for killing and eating their mates. The lady-mantis can actually chew off her mate’s head during copulation; apparently, his decapitated body will continue to have sex.

When scientists began researching anglerfish in the 19th century, they were confused by the fact that all of their samples were female. It wasn’t until more than a century later—in the 1920s—that researchers realized that, while they had been looking for a male fish similar in size and appearance to the females, the males had in fact been there all along—in the form of what appeared to be a small appendage. When anglerfish mate, the small male latches onto the female’s body. His body fuses with hers—joining skin and blood vessels—and he takes all of his nutrients from her. He is, essentially a parasite, who provides sperm on demand in exchange for being totally supported by the female.

The birds-of-paradise of New Guinea are famous for their elaborate—and very strange—mating dances. Some varieties of birds-of-paradise are dimorphic, meaning that the females’ appearance is fairly simple in comparison to the brightly colored males. The males' dancing is hypnotizing and hilarious. Check out more of it in this video from the BBC:

In case you need yet another reason to think that bedbugs are the unholy spawn of Satan, here’s something totally disturbing about their mating habits: male bedbugs mate with females by stabbing them in the abdomen with their sharp genitalia and shooting semen into their bodies. Females have adapted to survive this process, but when males mistake other males for females and stab them with their genitals—a mistake that is apparently fairly common—the unfortunate stabbing victims don’t survive.

When a male giraffe finds a lady giraffe he likes, he begins the mating ritual by nuzzling her behind. He’s trying to get her to urinate, so that he can taste the urine. According Jason G. Goldman at the BBC, “The idea is that he can to detect various chemical indicators in her urine that indicate whether she's prepared to mate.” Sexy, right?

Like flatworms, clownfish are hermaphrodites, with the ability to have both testes and ovaries. Clownfish live in a group with a single dominant female and a number of males. If the female dies, the next-dominant male will become a female and mate with another male in the group. This puts quite a different spin on Finding Nemo, doesn’t it? In real life, Nemo’s dad would simply have become his mother—and then maybe his lover. Eww. So many ewws.

Banana Slugs all have both penises and vaginas (and did you know they’re the mascots of the University of Californa, Santa Cruz? They are!). In fact, they have massive penises (relative to their body size, at least). When mating, two slugs curl up together, inserting their penises into each other and sharing sperm. Here’s where it gets weird (well, weirder): After mating, it’s not uncommon for one slug to gnaw off the other slug’s penis. The reasons for the…penis chewing are still unclear, though it may be a way of preventing the slug from mating with someone else.

More like this
13 Ideas To Add To Your Sex Bucket List
By Kristin Magaldi
35 Sexy Texts To Send Your Partner
By Griffin Wynne and Carolyn Steber
What Are Swingers? Everything You Need To Know
By Lexi Inks
GIRLI & Q Fell In Love At A Skatepark & Never Looked Back
By Jessica Morgan
Get Even More From Bustle — Sign Up For The Newsletter