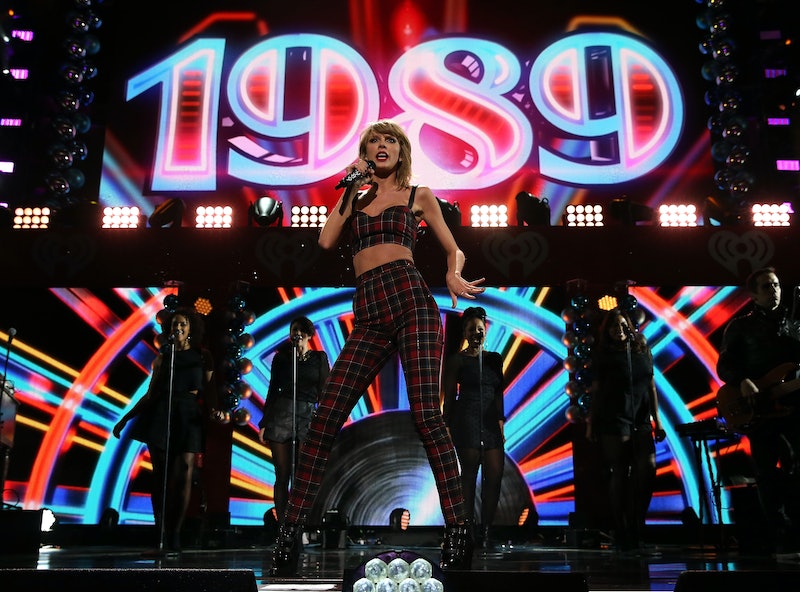 What can be better than when two of your favorite things combine, am I right? Michael Jordan and basketball, peanut butter and jelly, the list of legendary combinations goes on and on, but here's one you might not have seen coming, Taylor Swift and Gossip Girl. While Taylor Swift's album 1989 has been linked with other pop icons in the past, a TV show is completely different.

Now I must say when it comes to TSwift and Gossip Girl, I'm a big fan of both. I've been a Taylor Swift fan since forever and a Gossip Girl fan just recently (I've been binge watching on Netflix and I seriously can't get enough). Individually, they both have their own appeal, but could it be that these two things have something in common? While browsing through my Tumblr one day, I couldn't help but notice all the Taylor Swift references on Gossip Girl pages and it got me thinking. I started listening 1989 and boom — it's basically the soundtrack for all things Gossip Girl. If you don't believe me, check out some of the lyrics (in italics below) for yourself.

Like any great love, it keeps you guessing. Like any real love, it's ever-changing. Like any true love, it drives you crazy. But you know you wouldn't change anything.

These characters lives can be like a real life soap opera sometimes, but in the grand scheme of things, in the Big City, they wouldn't change anything about it.

New money, suit and tie I can read you like a magazine. Ain't it funny, rumors fly? And I know you heard about me.

Hmm, rich people dressed in nice clothes spreading rumors about each other? Yep, sounds a lot like Gossip Girl.

You got that James Dean daydream look in your eye. And I got that red lip classic thing that you like. And when we go crashing down, we come back every time. 'Cause we never go out of style.

Uh, could this describe Blair and Chuck more perfectly? Their fashion (what with Blair signature headbands and Chuck's signature scarf) and love never seem to go out of style.

Looking at it now last December. We were built to fall apart. Then fall back together.

Dan and Serena have their falling outs (multiple times to say the least), but of course, within a few episodes they always get back together again.

"All You Had to Do Was Stay"

Let me remind you this was what you wanted. You ended it. You were all I wanted, but not like this.

Ah, the heartbreak of Chuck doing Blair wrong…again and again. Why Chuck? Why?

You always knew how to push my buttons. You give me everything and nothing. This mad mad love makes you come running. To stand back where you stood. I wish you would.

Even when they’re not together, they still have that special connection neither one of them can deny.

Did you think we’d be fine? Still got scars on my back from your knife. So don’t think it's in the past, these kinda wounds they last and they last now.

S and B, friends or frienemies? It really just depends on the time of day with these two.

He's so tall and handsome as hell. He's so bad but he does it so well. I can see the end as it begins.

Nate Archibald sure has a thing for getting involved in relationships he knows won't last, doesn't he?

"How You Get the Girl"

And in the end, he does get the girl and it's so so good.

In the words of Gossip Girl herself, “If you love someone, set them free" -- and if they come back they're yours forever.

You stand with your hand on my waist line. It's a scene and we're out here in plain sight. I can hear them whisper as we pass by. It's a bad sign.

Jenny and Nate, a relationship that was so wrong, but felt so right.

Hung my head as I lost the war, and the sky turned black like a perfect storm.

Poor little J. She’s gone through so much drama and even more eyeliner.