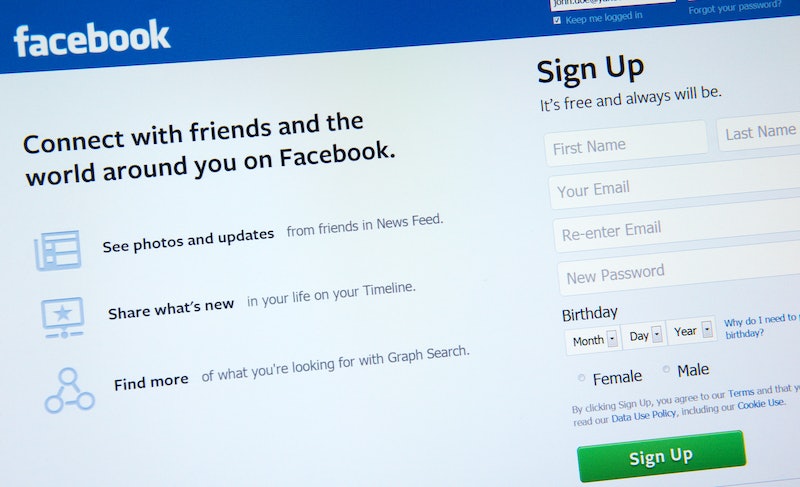 At a time when so many of my friends are easily using fake names on Facebook, I don’t understand how Native Americans are getting singled out and having to provide identification for their traditional names. Am I the only one who doesn’t understand how Facebook's real name policy works? The frequency at which I have to check profiles to remember who’s going by what fake name on Facebook is part of the reason why I’m both surprised and frustrated by the news that Native Americans are still targeted by Facebook’s “real name” policy.

Last year, on Columbus Day, Antioch College administrator Shane Creepingbear and his wife, Jacqui Creepingbear, had their accounts temporarily suspended under Facebook’s real name policy. Writer Dana Lone Hill has also reported that she had to send three forms of ID to Facebook in order to prove that her name is “authentic.”

Facebook’s policy has caused issues for other marginalized communities before. In fall 2014, the "real name" policy came under fire for forcing drag queens to use their real names on their accounts. After public uproar over the incidents, Facebook’s Chief Product Officer, Chris Cox, issued an apology on Facebook in which he promised to make the policy more efficient. According to Cox:

Cox's apology also stated that Facebook would manage the "real name" policy in a "less abrupt and more thoughtful way." Based on what happened to Lone Hill, this "less abrupt" way seems to be that instead of forcing users to use their legal names, in order to access their accounts, people have to supply identification for their names. According to the picture posted by Lone Hill, the "real name" policy (or is it the "authentic name" policy now?) immediately shut her out of her account, asking her to provide identification in order to access it. As Nadia Kayyali pointed out on Electronic Frontier Foundation, this reaction is still too abrupt.

First, the enforcement process itself remains problematic. Facebook should not put users into the position where they have to submit ID without warning. Users should still be able log in to their account after being reported. This would give users a chance to warn their friends that their profile may become inactive and to download their account’s content— especially important for users who’ve put a lot of content on the site or who use it a lot.

The changes that Cox promised still seem to point out holes in the entire policy. Because what exactly does Facebook classify as an "authentic" name? And how does it seem to go about checking? Is it an algorithm or the work of individuals deciding which names don’t sound authentic? If my friends are able to change their names for work and school, while Native Americans and member of the LGBT community are being singled out, then either the algorithm needs to be more inclusive of the spectrum of names or the individuals flagging accounts need to check their bias on what counts as an “authentic” name.