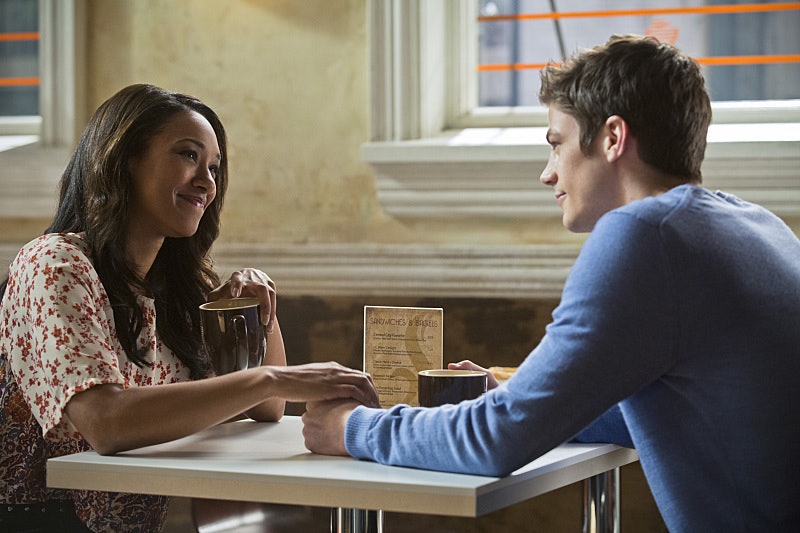 Iris seems to be settling in well at her new, legit journalism job. I'm excited for Iris West to eventually join The Flash's team, and an upcoming visit to S.T.A.R. Labs might be just what she needs to start getting some answers. According to the official episode description for "Fallout," "Mason Bridge tells Iris that there is something secretive going on at S.T.A.R. Labs." Mason Bridge (whose name in DC Comics is Mason Trollbridge, never forget it) is Iris' editor at Central City Picture News. The two of them are already at odds, so I'm not wont to trust any tips he has to offer. Could this be foreshadowing Mason's involvement in The Flash lore? Or is he just nudging Iris in the right direction to discover that her bestie is a masked vigilante? Will Iris discover that Barry Allen is The Flash when she goes to check out S.T.A.R. Labs?

Personally, I don't think Iris is going to discover Barry's secret that quickly. First of all, unless you want to pin her "not knowing" about Barry's feelings for her on some sort of emotion pair of blinders, she's not that good of a detective. I try not to hate on Iris, but the way she's written on The Flash is frustrating. There's just no way that they are going to let this amateur blogger uncover the biggest secret in Central City that quickly.

Do I think Barry should be the one to tell Iris himself? Absolutely. Do I think he will? I'm not so sure about that. Dramatically, this could go one of a few different ways. Barry already got the courage to tell Iris that he was in love with her. Revealing that he's The Flash could just become a repeat of that scene, which could get pretty boring. Iris is bound to be upset that she was kept out of the loop, and that feeling is going to be even stronger if she discovers this on her own or by someone else telling her.

On the other hand, while Iris may be oblivious at times, she's a smart woman. She's had enough encounters with The Flash and enough vague clues that one solid piece of evidence is sure to spill the whole can of beans. I'm not saying she will find anything at S.T.A.R. Labs but if she did — this is a big, important reveal for her character. It's not going to get thrown into the subplot of "Fallout," an episode literally devoted to the fallout from Firestorm's big boom. That storyline could not be more separate from Iris West and Central City Picture News.

Instead, I predict that her visit to S.T.A.R. Labs will lead her to discover something fishy about Harrison Wells. That shouldn't be too hard. There's a myriad of sketchy secrets the man has lying around. What if she accidentally stumbled into his braille lair? She could be the one to discover his Reverse-Flash suit. She could find the Grodd cage. She could catch him walking. That's enough right there! This would bring her into her father's investigation of Wells. It will also cause tension with Eddie, and I've been waiting to see Iris' boyfriend's Nice Guy act crack for a while now.

In the comics, she and Reverse-Flash have a history that could come into play in this episode. Professor Zoom was in love with Iris West and tried to sabotage her relationship with Barry on several occasions. What if, on The Flash, Harrison Wells' operating system Gideon recognizes and responds to Iris' voice? Just a thought.