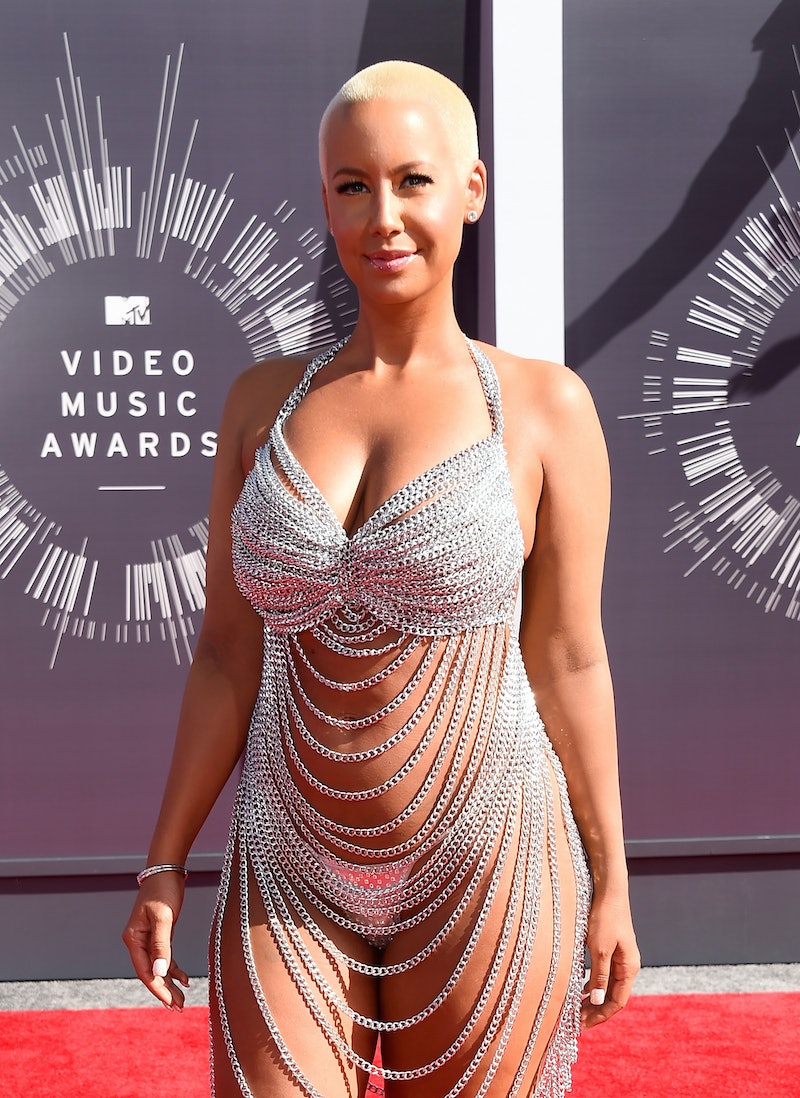 Amber Rose isn’t exactly known for being modest. Rather, she’s known for making quite the fashion statement. My most recent memories of Rose's style include her Rose McGowan-inspired beaded frock that she wore to the VMAs and her bathing suit that was basically dental floss. So, of course, Amber Rose decided to model a dress that requires you to ditch your underwear at Laurel DeWitt's NYFW show.

For her runway debut, the 31-year-old model, who is currently in a bit of a tiff with the Kardashian clan (after criticizing Kylie Jenner for reportedly dating Tyga), rocked an Egyptian-inspired dress-meets-poncho hybrid with some rather revealing slits going up the sides.

One can only hope that the front flap was secured in some way, but honestly, Laurel DeWitt would probably get more media attention if Rose were to have a wardrobe malfunction on the runway. However, rumor has it that she was indeed wearing a nude thong, which makes me feel a little better.