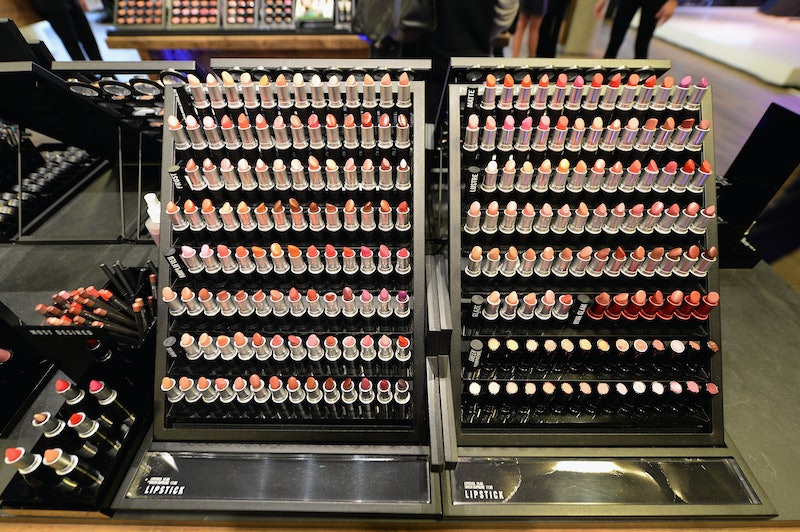 How sweet. Fans of the late Selena Quintanilla — as in, the Latin singer that Jennifer Lopez played in a biopic, not Selena Gomez — have come up with a stylish way to honor her legacy. Fans are petitioning for a Selena Quintanilla x MAC Cosmetics limited edition collection.

They've taken to the ever-popular Change.org platform to lobby the cosmetics giant, known for its limited edition ranges and partnerships with unusual beauties. MAC collabos always celebrate women of all ages and races. They are never standard nor are they too obvious, and it would make sense for the brand to remember Selena, who was tragically murdered at the tender age of 23 in 1995.

Selena was a gorgeous and insanely talented Latina beauty and, as the petition notes, had she lived, she probably would have had her own MAC collection by now. After all, the singer was a red lip lover and that's totally MAC's wheelhouse! Plus, Latin women are indeed MAC customers and they feel that a Selena-themed or inspired collection could meet their wants and needs and represent their community and its beauty perspectives effectively.

The enterprising petitioners even created a graphic of what they think a Selena x MAC lipstick promo ad would look like to demonstrate how much they believe in this initiative. They also pointed out that there are lots of Selena makeup tutorials existing on the Internets.

At press time, there are nearly 15,000 signatures, which is their next goal.

It wouldn't seem odd for J. Lo to have a built-in interest in such a partnership, even though she does have a L'Oreal contract, given her connection with the singer she played in the 1997 biopic.

What do you guys think? Is it high time MAC considers a Selena collection? This year does mark the 20th anniversary of her death. Wouldn't this be a touching way to memorialize her beauty?