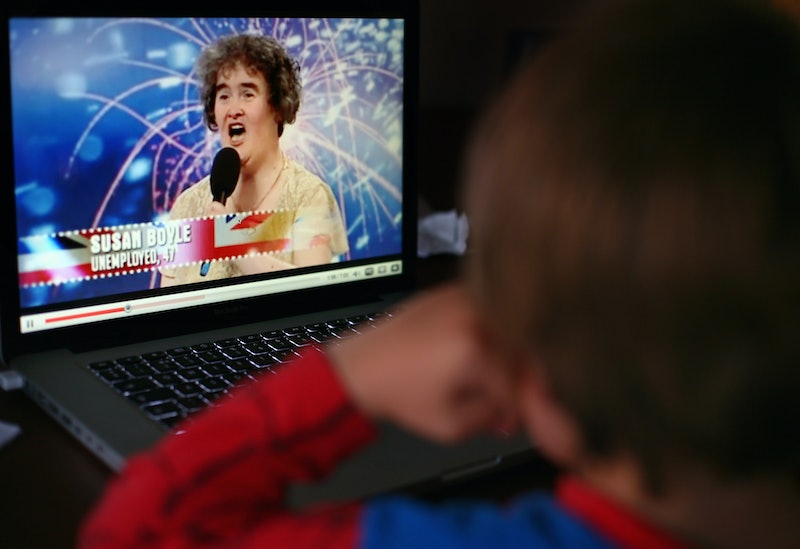 If you want to make yourself feel old or young or completely irrelevant, check out this video mash-up of the evolution of viral YouTube videos from the past 10 years. Being more than old enough to remember all these videos, and not ever having seen even half of them, makes me feel the third of the aforementioned feelings. Yes, kids, I may just be completely irrelevant. It seems as though I (and possibly you after you watch the video below) have ten years worth of catching up to do on viral video sensations. Or not, because a lot of them are just really low budget camera-phone videos of cats being cats, which your life probably doesn't, or at least shouldn't, hinge upon. Although I guess it's possible that I'm on my own in having missed most of these; they went viral which means some of you were definitely watching them.

It's interesting to watch nonetheless, especially if you're a special fan of the South Park episode where a bunch of online viral characters were brought to cartoon life only to then slaughter each other. It's a humble reminder that this is culture now, and also a terrifying acknowledgment that you could be a genius slaving away your whole life on a body of work no one will ever see, while somewhere out there someone is filming a 30-second clip of a panda (not even their own panda!) sneezing, and literally everyone in the world who has an internet connection will see it, and a lot of them will also talk about it to their technology illiterate grandparents, and maybe even make them watch it too. It's a harsh reality, people. Creativity ain't what it used to be.

That doesn't take away from the fact that a lot of the videos are pretty hilarious. From "Star Wars Kid" to "Charlie the Unicorn"; "Numa Numa Song" to "Charlie Bit Me!"; "Keyboard Cat" to "Ninja Cat" and even the hoax of lonelygirl15, the evolution of viral videos on YouTube is both entertaining and deeply interesting. Once the chronological journey reaches 2010, you'll notice more and more music videos appearing as opposed to exclusively homemade clips—at some point, viral video content became an intentional goal instead of an organic happenstance. Pretty interesting to think about. Anyway, watch the mash-up below, and hopefully you won't spend the rest of the day watching each video in its entirety. Sorry if you do:

Once you've watched that, do yourself a favor and check out the aforementioned South Park parody bit. (This video splices the episode with the actual viral videos too! The internet is full of endless magic.)