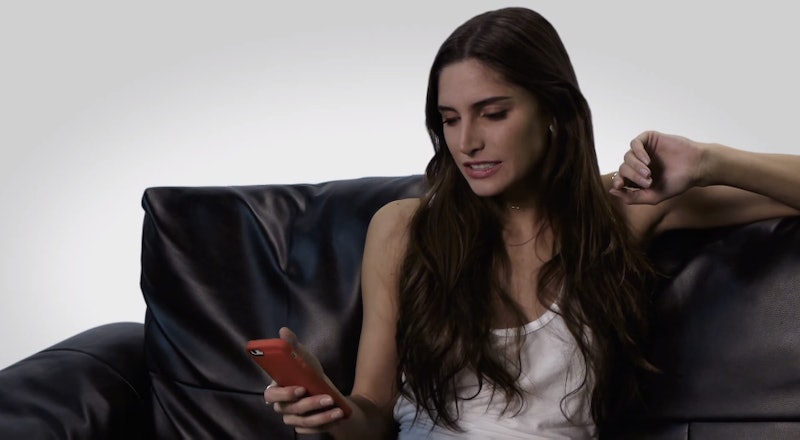 Tinder pick-up lines are often too similar to catcalls: They're crude, unimaginative, involve inexplicable puns, etc. After finding myself at the receiving end of such a lewd sentiment, I'm always left wondering, "What is their success rate with this?" Like, how often do these horrible lines actually succeed in getting a favorable response from a potential match on Tinder. Once I let a bunch of dude friends swipe for me (bad idea) and subsequently intercepted a bunch of messages the following morning. One read: "I can't wait to give you a mustache ride." I mean, sure, I'd noticed the hilariously well-manicured salt-and-pepper facial hair he so proudly wore in each of his four portraits. But what kind of response could he possibly expect? "YES ME NEITHER LET ME RIDE THAT MUSTACHE I DO NOT CARE THAT IT IS SIX IN THE MORNING COME FROM THE BRONX TO BROOKLYN IMMEDIATELY I MUST HAVE YOU"? Are there actually women out there who give a positive response to something like that? These are real, actual questions I have. And now there's a video that at least somewhat responds.

Surely, these lines must work at least occasionally, right? Regardless, the group of women in their skivvies (which, to be fair, is an element to this video that I don't understand the necessity of, but whatever, underwear is fine) in this video seem to feel the same general disgust, shock, and awe as I do as they read aloud Tinder messages men have sent them. So many perplexing, vile approaches here."You smell like trash, may I take you out?" Swoon, bro.