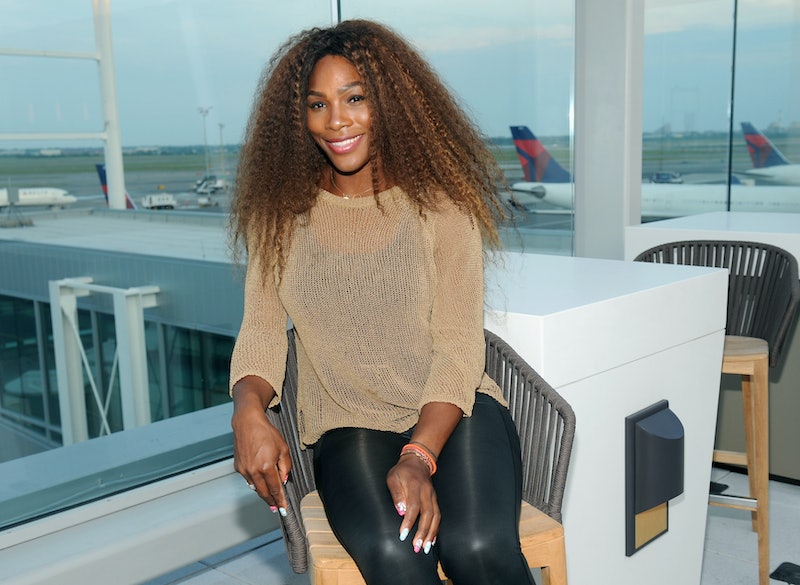 This month, Rolling Stone ran a profile on "Serena Williams: The Great One." The 31-year-old is tough, powerful, notorious: the unbeaten lioness of women's tennis, with a ball-breaking serve and unfiltered opinions. She's been fined for angry tirades ("I'll fucking take this ball and put it down your fucking throat"), smashed her tennis racket into pieces on the court, and is such a big deal she sometimes doesn't even show up for games she doesn't care about winning. Here, just to give you an idea, is Racketgate:

Still, Serena—the bad-girl counterpart to sugar-sweet Venus—has never quite sparked debate like this. In Stephen Rodrick's engaging and nuanced profile of the athlete, he asks Serena about the Stuebenville rape case:

"We watch the news for a while, and the infamous Steubenville rape case flashes on the TV— two high school football players raped a drunk 16-year-old, while other students watched and texted details of the crime.

Serena just shakes her head. "Do you think it was fair, what they got? They did something stupid, but I don't know. I'm not blaming the girl, but if you're a 16-year-old and you're drunk like that, your parents should teach you: Don't take drinks from other people. She's 16, why was she that drunk where she doesn't remember? It could have been much worse. She's lucky. Obviously, I don't know, maybe she wasn't a virgin, but she shouldn't have put herself in that position, unless they slipped her something, then that's different."

First off, a little fact-checking: There's been no suggestion that the unnamed victim took drinks from anyone. Secondly, as Serena keeps dropping in, the girl was sixteen years old. (Did you know how to drink in moderation at sixteen?) Her classmates urinated on her, posted photos of her naked body on Twitter, and repeatedly raped her while she lay unconscious. She's "lucky" and it have been "much worse?"

But thanks, Serena, for making clear to us the distinction between rape and date rape. Good job there.

On Wednesday morning, in response to the Twitter backlash and media firestorm, Serena issued the following, slightly predictable statement:

“What happened in Steubenville was a real shock for me. I was deeply saddened. For someone to be raped, and at only sixteen, is such a horrible tragedy! For both families involved – that of the rape victim and of the accused. I am currently reaching out to the girl’s family to let her know that I am deeply sorry for what was written in the Rolling Stone article."

For what was written, or for what you said?