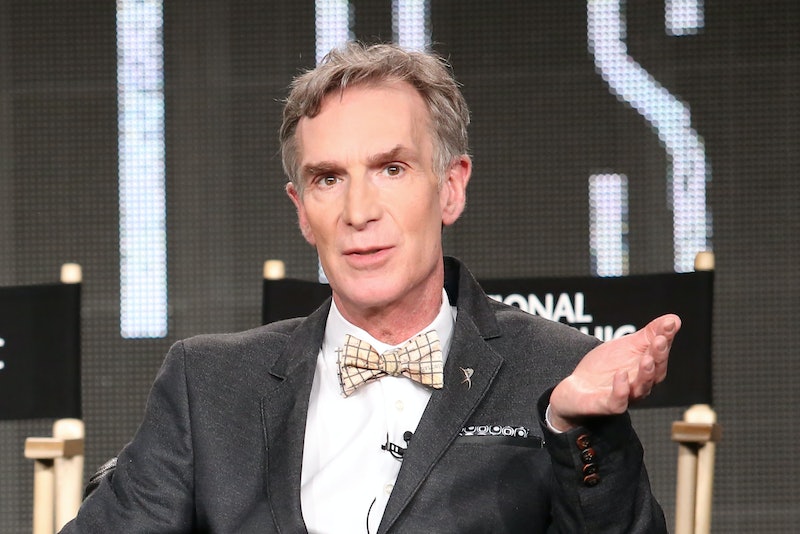 As Mother Nature prepares to unleash a torrent of heavy snow on a good number of the population this week, leaving those unfamiliar with the bitter cold scrambling for cover, Bill Nye the Science Guy has a message for media outlets on their weather coverage — just use the words "climate change" now and then, Nye pleaded on MSNBC in a Monday interview with Joy Reid.

The anchorwoman brought up an article in TIME by Eliana Dockterman slamming Pat Sajak, the Wheel of Fortune host, for a misguided hint at the seeming dissonance of the freezing temperatures amid claims of global warming. Nye responded:

Nye then issued an appeal to the media at large to bring up climate change while reporting on extreme weather patterns. He said:

Long a vocal proponent of climate change, Nye has previously confronted the right about their denial of the issue. Debating Rep. Marsha Blackburn on NBC's Meet The Press segment last year, Nye admonished her for claiming that there was no consensus on climate change — there is in fact, a huge scientific consensus — and told Blackburn that as a leader, she had to "change things," not deny them.

To Reid, the celebrity science figure conceded that he was preaching to the choir — what with MSNBC being one of the most liberal mainstream TV news stations, Fox News' polar opposite — Nye urged the conservative media, many of whom are climate change deniers, to come around:

We need people on both sides. But if the conservative side are going to continue to deny what 97 percent of the scientists in the world are saying, we're not going to reach a consensus. We are not going to make progress.

And I get a sense that — if I can use the term they — know this they’re saying repeatedly, "Well, I’m not a scientist so therefore I cannot have an opinion on this," but you’re a human running around in Boston or Louisville and you can look at the graphs as much as anyone.