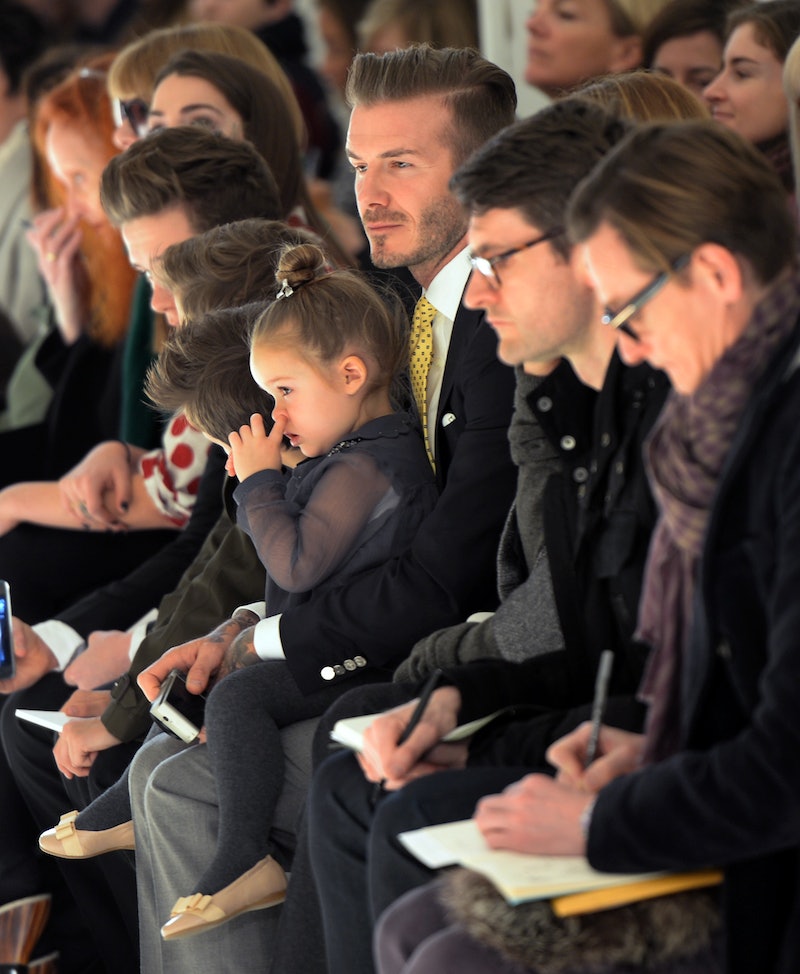 Move over North West, there's a new miniature style icon on the scene! While the famed offspring of Kim and Kanye has long dominated the world of toddler fashion, another famous kid is a making a major splash with style all her own. Harper Beckham was totally the best dressed celebrity child at NYFW — clearly following in the footsteps of her trendy fashionista momma.

Although the main focus of New York Fashion Week should be on the runway models walking the shows, I couldn't help but notice the miniature glam tots sitting front row and ruling sideline show style. Among the stylish bunch of celeb youngsters including North West and Blue Ivy, it was the littlest Beckham that stole the spotlight (IMO). When your mom is nicknamed Posh Spice and is the head of her own successful design label, there is no doubt you'll have a killer wardrobe. I wouldn't expect anything less from the lone daughter of the Beckham clan, who are collectively the best-dressed family in Hollywood.

At just three-years-old, Harper is already rocking some of the hottest designers and coolest styles in the industry. The fashionista-in-training donned three stylish ensembles that totally earned her the title of "Best Dressed Celebrity Kid" during NYFW.

Harper arrives in NYC looks chic AF. And this is only her airport style, people.

Aside from the nose-picking, this dress looks like it's straight out of mom Victoria's closet. Très chic.

Is it bad the my biggest fashion icon of the moment is a toddler? That beanie is everything.