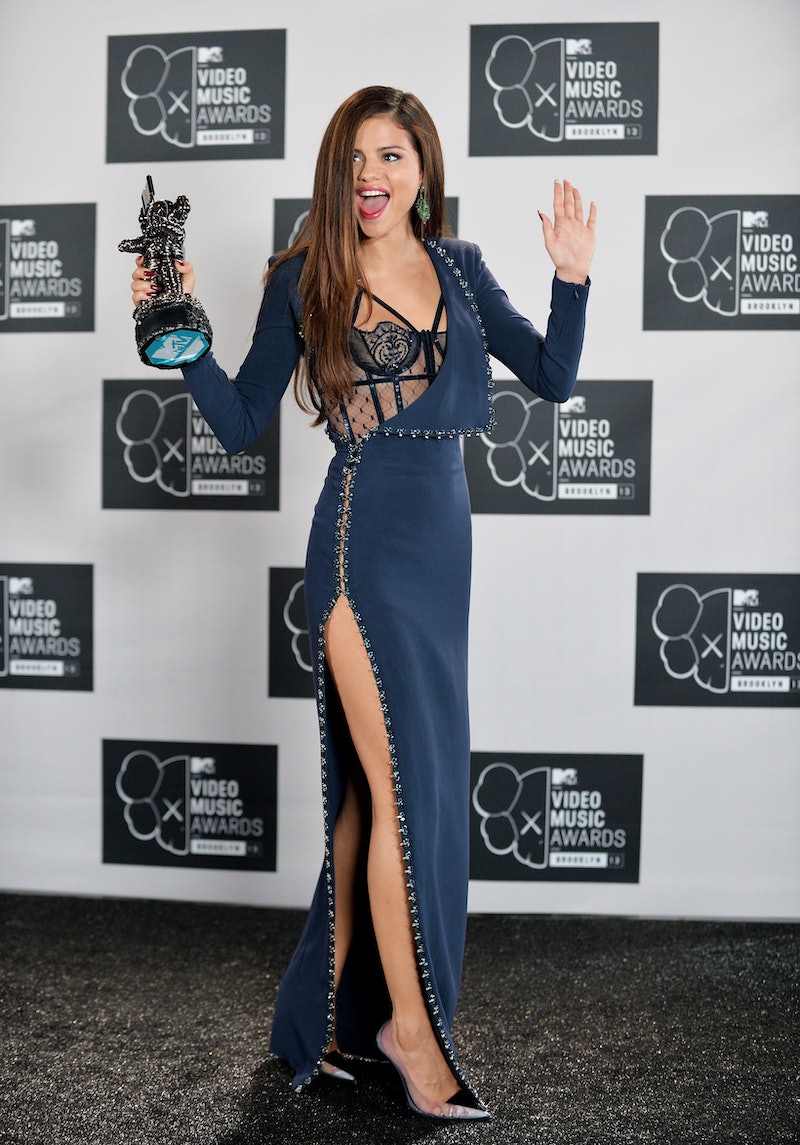 I've loved Selena Gomez since her days in Wizards of Waverly Place, so it's been sad for me to watch her struggle with her relationships and growing up in the limelight. But fortunately Selena Gomez has finally put Justin Bieber behind her, and she's looking forward to moving on. In a new interview with V Magazine , the singer opened up about her struggles being in the spotlight and her very public on-and-off relationship with Bieber. Though she doesn't mention the singer by name, the timeline of events that she describes matches up with her relationship with him.

I was 18 years old, and it was my first love. The older I get, I'm guarding certain things more ... When you're young and you're being told so many different things ... it almost felt like all we had was each other, like the world was against us, in a way. It was really weird but it was incredible ... I would never take it back in a million years. You live and you learn, you know? ... I think the next time [I have a boyfriend] will be much different.

Gomez also revealed that being in the public eye during her time with Bieber was very taxing on her, and that she used to hate leaving her house because it caused her anxiety. "There were a few months where I was a little depressed, where I wouldn't leave [my home] as much," she said to the magazine. "I think I drove myself crazy for a little bit. It was just easier to say, ‘Hey, do you mind running to the grocery store and picking some stuff up? I don't want to get photographed.'"

I don't blame her one bit for feeling that way, especially considering how cruel the Belieber fans were to her. During the height of her relationship with him, she got hundreds of messages a day telling her to die. Fans were enraged that she was dating their favorite singer. But Gomez has put that all behind her and is learning and growing from her mistakes and challenges.

"I think this year is going to be incredible. I feel the best I've ever felt in my life," she told the magazine. "I'm super stoked that I've got some bumps on me, some scars, some bruises. I actually really love that. And I don't mean that in a morbid way."

And one way Gomez has learned to keep herself healthy is by ignoring what people write about her. "I don't read anything about me anymore at all. I don't spend my time tiptoeing around certain things, because the things I'm going to do aren't bad," she said. "I could do what I like."

I'm really proud of the singer because I'm sure her life has been a hard one. Sure she has fame and money, but she's had to deal with a lot along the way like death threats, an unhealthy relationship, growing up in the spotlight, stalkers, and so much more. I'm really proud of her for pushing through it all and using it to help her grow. I'm glad she doesn't regret her past, but has instead chosen to learn from it. Gomez seems in good shape these days, and I couldn't be happier for her.