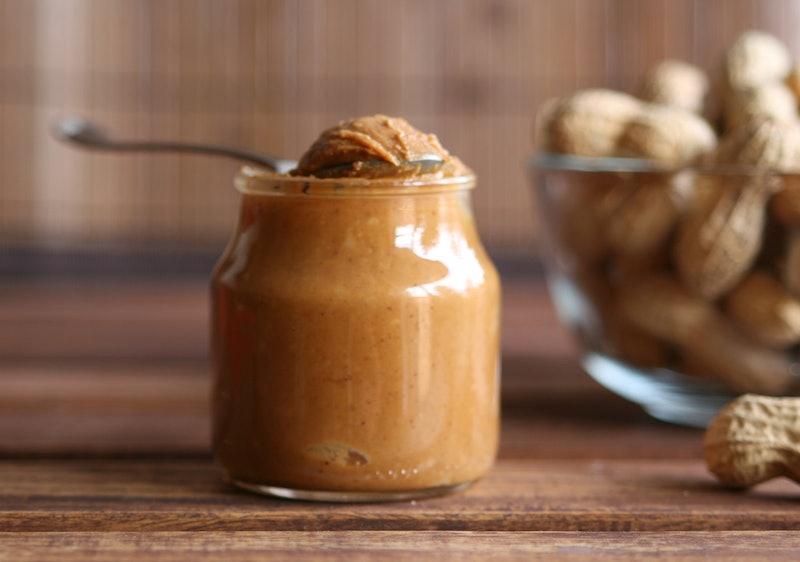 Are you sick of lounging around on your giant pile of cash? Do your diamond-encrusted sweat pants feel so last season? Have you been longing for something better than boring old caviar to put on your crackers? You’re in luck, my friend. Now you can spend $761 on a jar of peanut butter. “But what makes this peanut butter so special?” you might ask. Is the butter blended with crushed pearls? Are the peanuts carefully massaged every day as they mature? Is the jar painstakingly handcrafted by Belgian monks? These are all fair and prudent questions to ask, young billionaire.

Sadly, no — it’s just regular peanut butter. The reason that the product costs approximately 250 times that of grocery store brands is that it is made by the government. (Thanks, Obama.) The National Institute of Standards and Technology, an agency of the U.S. Commerce Department, makes the peanut butter — along with many other products — as a “standard reference material,” so that food manufacturers can test the accuracy of their analyses of their own foods. According to a 2003 New York Times article, this pricey peanut butter isn’t meant to be eaten; rather, it’s intended “to be fed into gas chromatographs, mass spectrometers and other analytical equipment.” As Katherine E. Sharpless, an NIST chemist, told the Times, there is purposefully nothing special about this peanut butter; the product “was prepared by a commercial manufacturer of peanut butter whose name you would recognize." The high cost of the peanut butter has less to do with the product itself than with the work involved in analyzing it at NIST and other laboratories. In 2003, when the Times article came out, a jar cost $140. As Eater points out, that price has since quadrupled.

For what is apparently the most expensive peanut butter ever, the packaging leaves something to be desired:

If the industrial minimalism of the label doesn’t tempt you, maybe the product’s official title will: Standard Reference Material No. 2387. Yummy.

But how does it taste? Reviews of the peanut butter have been mixed. In The New York Times’ 2003 article, restaurant critic William Grimes was less than impressed, writing:

The government's peanut butter tastes a lot better than it looks, which is like dark-brown industrial paste. I wasn't sure whether to eat it or lay down some new bathroom tile. As a food product, it seemed to aim for dead average. The peanut flavor was muted, and it lacked the creamy, unctuous quality of storebought brands. If you like peanut butter to stick to the roof of your mouth, this is one for you.

Fellow critic Amanda Hesser had a more positive response, writing that the NIST peanut butter "has the color and texture of dulce de leche. It is buttery, a touch sweet and like fluffy clouds of fresh peanut." FLUFFY CLOUDS OF FRESH PEANUT.

Peanut butter isn’t the only bizarrely expensive food you can buy from NIST; you can also be the proud owner of “Baby Food Composite” for $720, “Lake Superior Fish Tissue” for $745, and “Meat Homogenate” for $609.