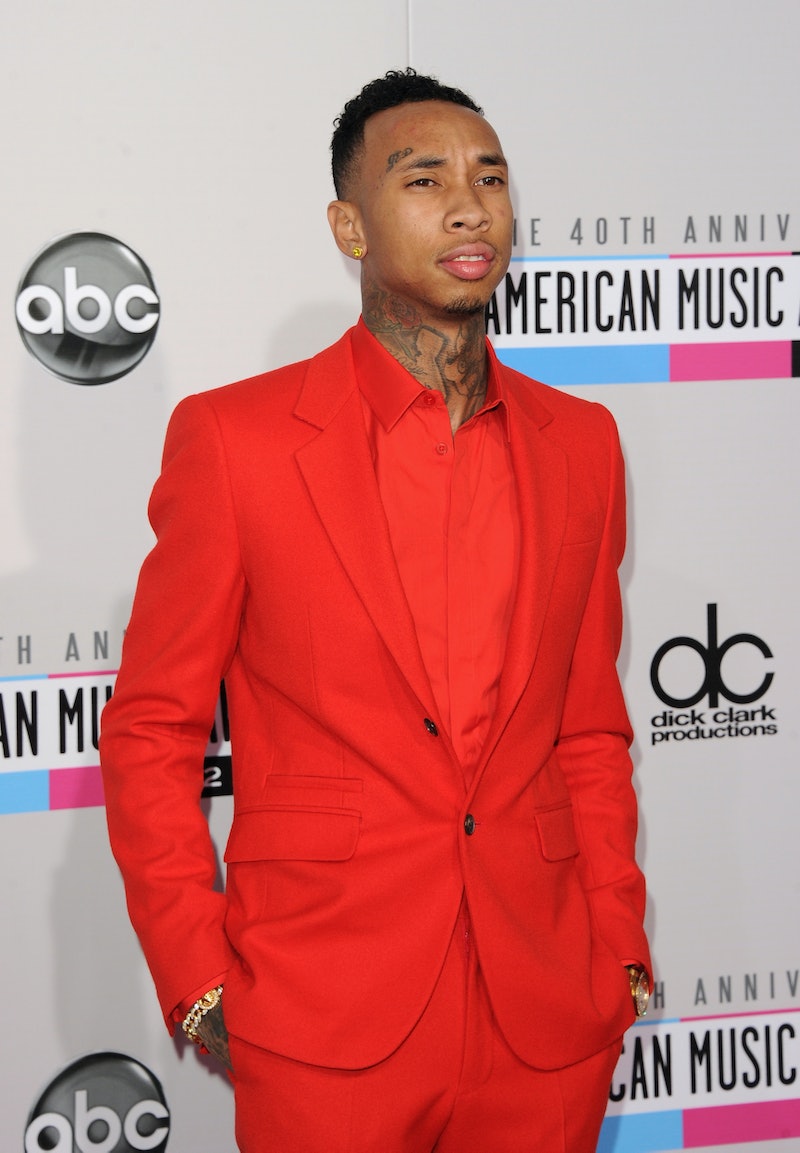 Here's an interesting development in the Amber Rose and Khloe Kardashian feud that continues making headlines and bringing social media wars to an entirely new level. If you've been following the news, then you've probably heard about that Twitter feud between Khloe Kardashian and Amber Rose. Why are they arguing? Well, the short version is as follows: Rose dissed Kylie Jenner for dating Tyga (who is exes and shares a child with Rose's good friend Blac Chyna) which in turn caused Kardashian to defend her younger sister. Nasty tweets ensued, in addition to some nude photos, and now you're all caught up. Well, now, Tyga says he's not dating Jenner. So, yeah, this ridiculous feud might have been pointless.

I’m not dating Kylie. I just want to get that out [of] the way. It’s because [of] what people make it seem… and TMZ, you gotta think, TMZ didn’t really care about me until they figured out that I live next door to Kim [Kardashian] and Kanye [West] and all that stuff. But I’ve been friends with them before I even met [Blac] Chyna. I was friends with Scott [Disick], her family for years, so me hanging out with them was nothing new. People just want to make a story out of it.

With that said, Tyga did say that Jenner is a "beautiful young woman” whose “maturity and mentality is different than a lot of people.”

So, seeing as Jenner and Tyga are not dating, I guess Rose and Kardashian didn't really need to get in a fight and cause quite the stir in the entertainment and social media world. This all could have been avoided, but, there's no turning back. Maybe now everyone can move on and release the negativity. However, I have a feeling Rose, Kardashian, and maybe even Jenner will comment on Tyga's declaration. Stay tuned, because it's doubtful that one radio interview would really end this thing.