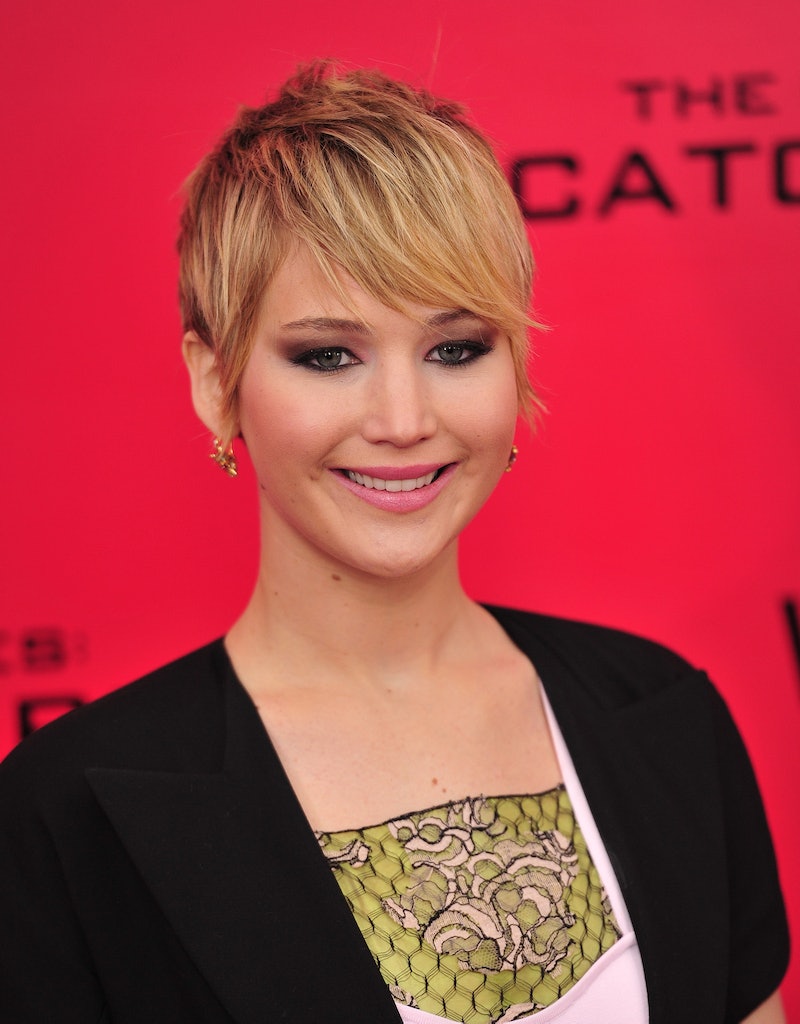 It's tough to make a movie based on a popular book that'll appease both longtime fans and new ones — after all, there are just certain aspects of books that just do not translate into a movie, and the method includes more than just recycling dialogue. Case-in-point: With a series like Hunger Games, fans are extremely devoted to both the books and the film franchise. Book readers are very faithful to the plot, and want the movies to stay in line what was originally intended. However, it can be difficult to adapt elements of a book into the a movie and adjustments are often made, sometimes to the ending of a story. So, with the final Hunger Games movie on the horizon, now, the question needs to be asked: Will Mockingjay — Part 2 will change the ending from Suzanne Collins' original book series?

Splitting the final book into two movies was an adjustment and concern for the devoted fans. Ultimately, it makes sense to preserve the integrity of the story and need feel the pressure to consolidate it into the length of one movie. However, some elements were shifted around a little to make each movie a complete story on its own with its own purpose. But, does this mean the ending will change?

Short answer: It seems unlikely. As director Francis Lawrence said, "The way that you can tell the two stories, for us, is that each story has its own dramatic question, has its own objective. In this one, Katniss is finally taking on the role as the symbol of the revolution and starting to step up and fight back. But the dramatic question is: Will we get Peeta back? …Part 2 is: Let’s go get Snow.”

However, Lawrence seems to understand how important this story is to its loyal followers. The director explained, "I went in saying, ‘I want to make the books. I don’t want to reinvent. There’s always adaptation, because you have to take something from the page … and make it cinematic and visual. So there will always be some change. But I wasn’t looking to reinvent.”

And there it is. Based off of that quote, I find it tough to believe that the second film would stray from the plot in the books — so, loyal book fans, crisis averted!