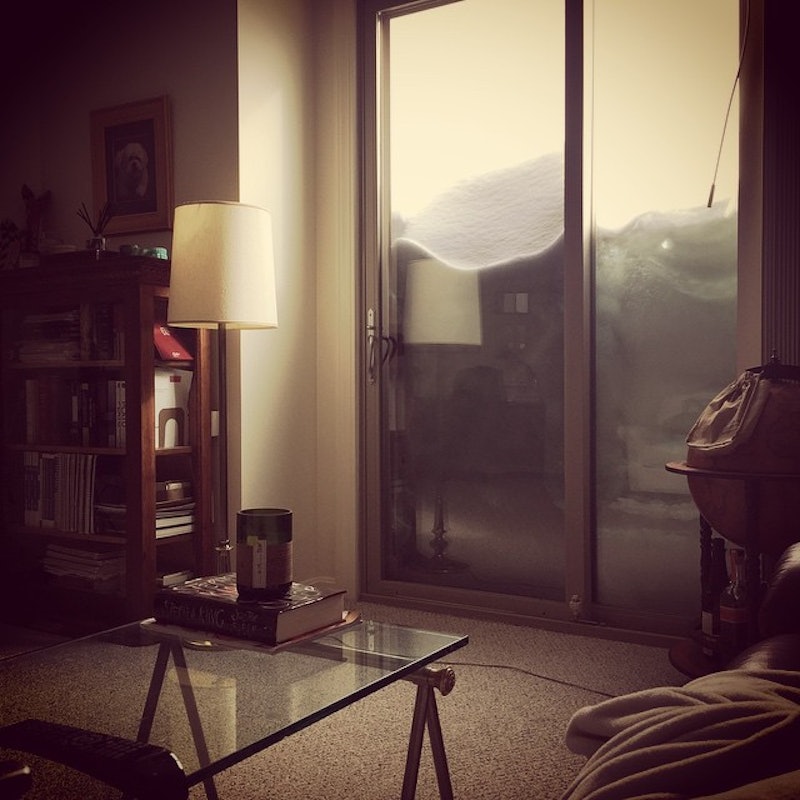 The winter will spread its grip this week to much of the South and Midwest regions, who, typically, are neither equipped nor familiar with the flurry of snow and ice set to hit them. Difficult as it is for those to whom snow and below freezing temperatures are alien concepts, bear in mind that the unfortunate residents of the Northeast will face its fourth snowstorm in three weeks, despite large swathes of the region already buried beneath mounds of cold, white horror. But the city that Mother Nature has deigned must suffer the most is undoubtedly Boston, who witnessed Boston's sixth snowstorm in the past three weeks, making February the snowiest month in the city's recorded history.

The situation is pretty dire throughout — New York City's iconic Bryant Park fountain is frozen over (as is the East River), schools and the federal government in Washington D.C. closed, and New England's winter-weary population are probably already experiencing chronic fatigue syndrome from the never-ending barrage of snow. But let's face it: Boston has it worse than anybody.

Though the city's transportation authority, MBTA, resumed limited service on Monday, authorities cautioned Tuesday that it may need 30 days to return to full service — if Boston wasn't hit by another snowstorm. But how are its residents faring? Are they nonchalantly going about their business in this winter wonderland, or are they, like the rest of the American population, freaking out at the unbelievable amount of snow they have been cursed with? According to social media, Boston residents are mostly in shock and awe of their whole situation.

As the mountain of snow has left many trapped indoors, possibly forever.

Or wondering where parts of their houses disappeared to.

And causing all kinds of difficult situations.

As with all cases of extreme weather, people get mad.

Of course, the rest of us can always count being on locked-down in the comfort of your home to inspire great memes, that also poke fun at the South and Midwest's panic over what, in comparison to Boston, is a drizzle of snow.

But you know, at least their pets are enjoying the abysmal weather, I guess.