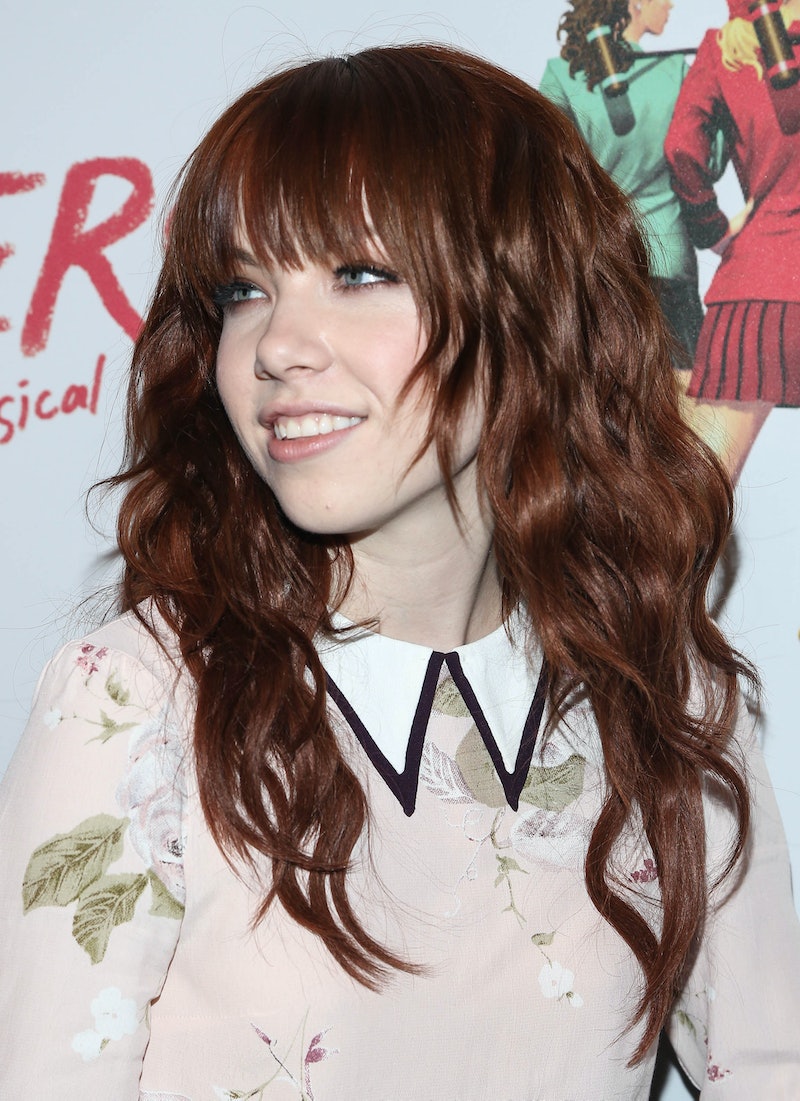 Ready to hear the weirdest/best news of your whole entire life? Carly Rae Jepsen's "I Really Like You" music video stars Tom Hanks for some reason. Whaaat? It's true: In footage that popped up online on Monday, the two-time Oscar winner can be seen enthusiastically dancing alongside Jepsen during the shoot for her big comeback single. As I said, I have no idea why/how this happened... but doesn't it just feel right? I mean, Hanks is such a lovable guy! Why shouldn't he be in music videos? (Justin Bieber was also on set, but I'm feeling considerably less jazzed about his cameo.)

Oh, all this talk about Hanks and I almost completely forgot to mention that "I Really Like You" can be heard in the background of the aforementioned footage, and it sounds like it's going to be Jepsen's next No. 1 smash hit. I'm serious! It's been stuck in my head all day. Should I have expected anything less from the woman who brought us "Call Me Maybe"?

Well, at the end of January, Jepsen's manager, Scooter Braun, actually made the bold claim that "I Really Like You" was on the same "level" as "Call Me Maybe" during an interview with Billboard, and I scoffed. But now, having heard even just a small piece of the new track, I'm inclined to believe him! Listen to the first snippet of "I Really Like You" below (and watch Jepsen and Hanks strut their stuff):

Admittedly, that's a lot of "really's," but I think I'm OK with it. You can hear the music a little more clearly in the following YouTube clip:

According to Braun, "I Really Like You" will arrive sometime in March. How will I survive until then? I have no clue.