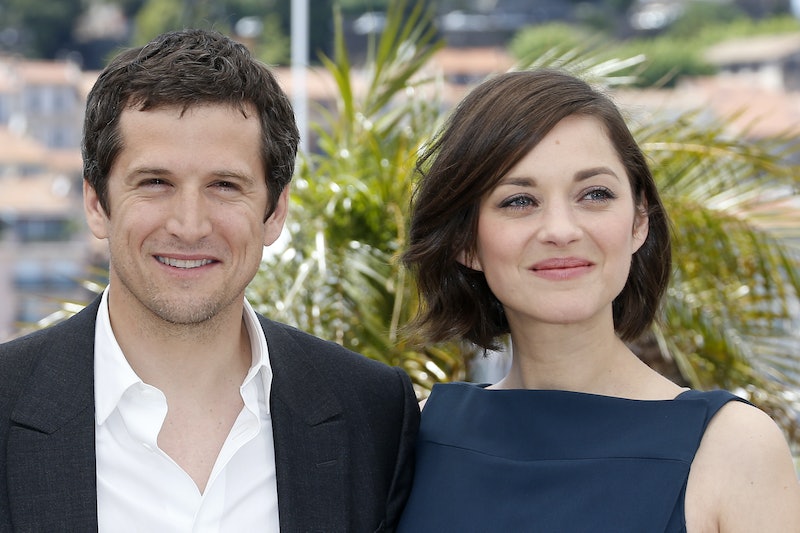 The biggest awards show honoring film is right around the corner. That's right, on Sunday, Feb. 22, the 2015 Oscars will air, which means we'll finally see who will take home those famous gold statues. Like with most of the major categories, film buffs and fans can't wait to see who scores the win in the Best Actress category. The nominees include, Reese Witherspoon, Julianne Moore, Rosamund Pike, Felicity Jones, and Marion Cotillard. Speaking of Cotillard, who do you think she'll walk the red carpet with? Well, for those unaware, Marion Cotillard will probably bring Guillaume Canet, her longtime partner. Not only have the two been together since 2007, but they also have a three-year-old son, Marcel

Cotillard, who is nominated for her role in Two Days, One Night, has a very good chance at taking home that statue like all of the other noms, and I'm sure Canet will want to be there to support her. So, who is Canet? His name should sound familiar, because he's a very talented individual who is no stranger to the entertainment world. Not to mention, he's pretty skilled with horses and the circus (yes, you read that right). With that said, let's get to know him, so we're properly prepped for the Oscar red carpet.

He Was Married To Diane Kruger

From 2001 to 2006, Canet was married to Kruger, who is now with Joshua Jackson. Reportedly, the two split because of their careers, which kept them apart and less focused on their relationship.

He's no stranger to the acting world. In addition to a slew of French films, Canet's also starred in The Beach, Last Night, and Blood Ties. Canet is also a talented writer, producer, and director.

He's Quite The Equestrian

Canet grew up around horses, because his parents were breeders. Ever since he was little, he's been riding horses and is even a talented showjumper. His riding career ended at 18, after he his his horse jumped too soon and fell on top of him. As he told The Guardian, "I started to ride again when I still had a plaster cast on my arm but after two or three months I quit. I was 19 and starting to think about girls. When you live in the countryside for a long time, you want to go to Paris. I was fed up with horses."

He Trained For The Circus

Like with riding, Canet once trained for the circus. He told The Guardian, "I would go to the circus in the morning and school in the afternoon. I'd do juggling, balancing on a plank of wood on a barrel. That was my first contact with an audience and I loved it."

There's no doubt you can tell how much Canet loves his career. For those needing proof, just read this quote from an interview with The Guardian: "Since starting work as an actor, around 20, I've never stopped." He added, "I work a lot and I am a perfectionist. I'm always thinking of ideas and stories I'd like to do something with but there never seems time to do them."