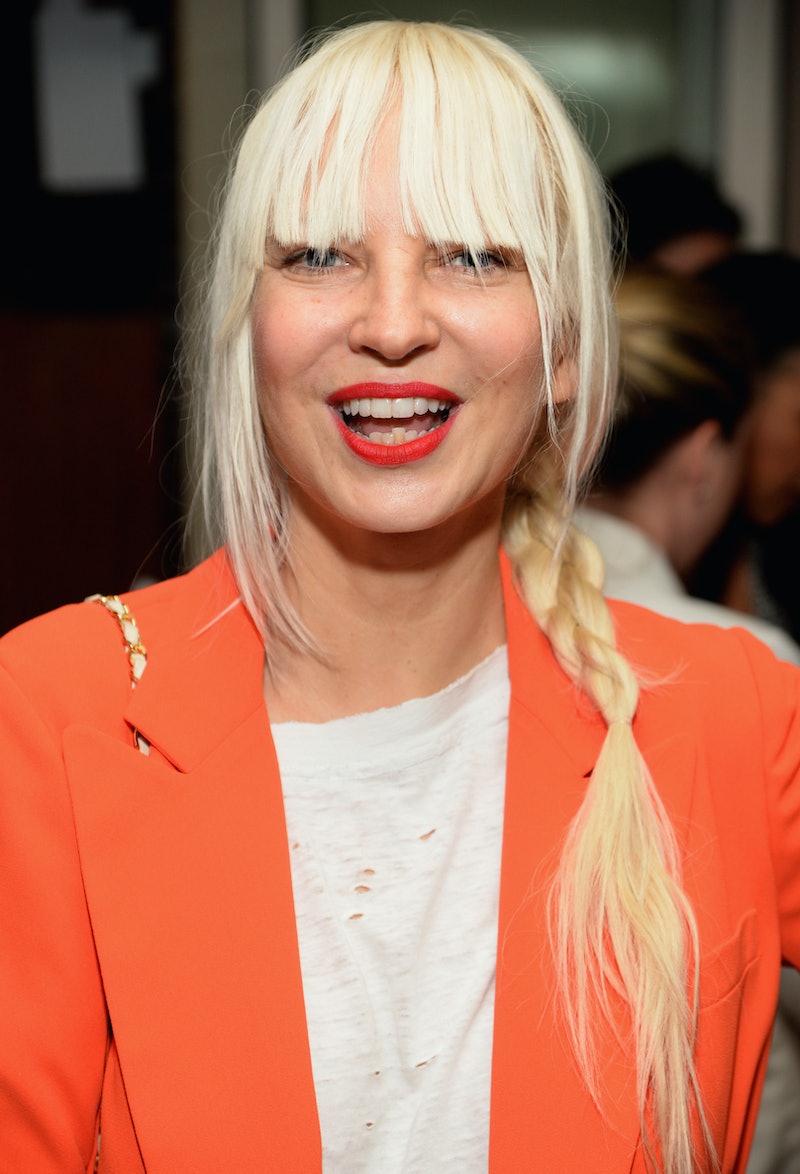 Believe it or not, Sia's new album is totally finished. The 39-year-old fame-phobic singer-songwriter may have just released her last LP, 1000 Forms of Fear , in July, but she shared with British music publication NME during a recent interview that her next project is already complete. That was fast! In fact, apparently, she only released 1000 Forms of Fear when she did because she wanted to "get out" of her publishing deal. Huh? She explained:

I was planning to be a pop song writer for other artists. But my publishing deal was as an artist so I had to put one more album out. I didn't want to get famous so I kept all the songs I wanted and had a lot of fun making it.

Can you believe that? Sia only put together 1000 Forms of Fear because she was OBLIGATED to, and yet, it still ended up being one of the best albums of 2014. She never ceases to amaze. However, according to NME, Sia's recent success has encouraged her to continue to release music (thank God). She revealed in her interview that her new album is called This Is Acting, and the concept behind it sounds really cool:

... I have a full album ready to go and it's much more pop. I'm calling it This Is Acting because they are songs I was writing for other people, so I didn't go in thinking "This is something I would say." It's more like play-acting. It's fun.

In my eyes, Sia is one of the best and most compelling songwriters in the music industry today in part because she understands how to write within the confines of what "works" on top 40 radio without losing the brilliant and unique flourishes that make her own material so compelling. In other words, she knows how to manipulate the "standard" pop song format in just the right ways to make it fresh and exciting, while still delivering the catchy hooks we all love.

So, obviously, an album full of anthemic pop songs that Sia intended for other people sounds like a dream come true to me. Once it drops, I may never listen to anything else ever again! Unfortunately, there's no release date for This Is Acting yet, which is kind of a bummer. Hopefully, Sia won't keep us waiting too long...