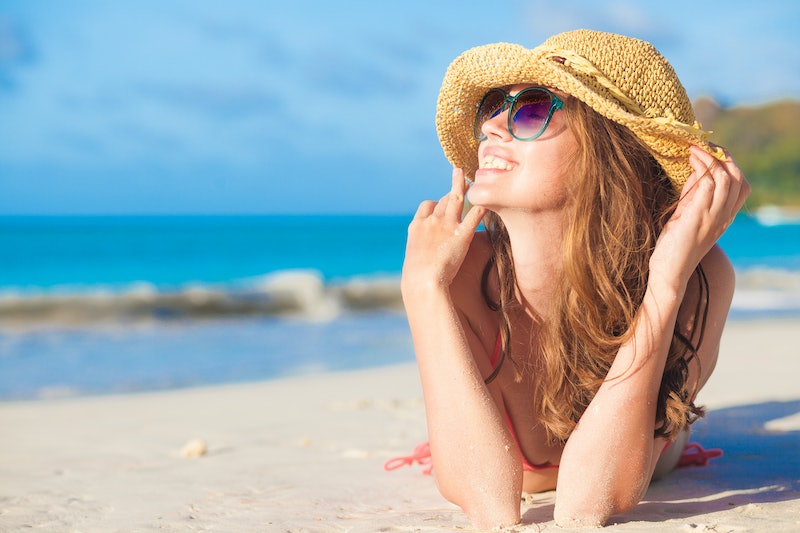 After such a long, chilly winter, there's one week that represents the light at the end of the tunnel — spring break. If you need a quick escape but are reaching into empty pockets, consider booking a trip to one of these surprisingly cheap spring break destinations. Of course, the word "cheap" is relative, but if you shop around and do your research, you should be able to book reasonably priced tickets to any of these beautiful locations.

If you're really scrambling for extra pocket change, stick with one of the four destinations in the United States listed below. If you're close enough to drive, do it. If you're not, chances are you can score a low cost flight. If you're really craving a little adventure, try out one of the four international destinations we've included in our roundup. They'll be a little pricier than if you stay in the states, but these trips are still a bang for your buck.

These eight destinations are located on beautiful beach fronts (because really, if there's one prerequisite for a proper spring break, it's a beach), and they range from chill to party central. No matter which you pick, you and your wallet are bound to have a good time.

Daytona Beach in Florida hits 80 degree averages during spring break, has tons of cheap hotels, and a Big Red Party Bus that runs along the beach. Filled with students during the much beloved weeks of March and April, there is always a party waiting to be found at the boardwalk, beach, or local club scenes. With Kayak offering hotel rooms starting in the $40 range, a trip to Daytona is sure to accommodate your budget.

If you're looking for a mecca of spring breakers and white sand beaches, book your ticket now for Myrtle Beach, South Carolina. Along with the breathtaking beach, the popular Señor Frogs offers a live DJ music scene, and the Family Kingdom Amusement Park has dozens of beach-side rides for your enjoyment. And with hotels such as the Sheraton and Hilton offering booking prices of $80 to $100, luxury lodging is a steal. Ocean front motels also start at around $50 dollars, if you're really trying to pinch a penny.

This island is filled with "bars that emphasize character rather than class" if you're up for the adventure. You can book a room at a decent chain hotel here for hardly anything. The Ramada has rooms going for $55, and Super 8 can book you a room for $41. It's not four stars, but how much time are you going to be staying in your room anyway?

While your instinct may be telling you to go south for spring break (warmer weather, of course), don't forget about Atlantic City. It's cheap and easy to get a room with a water view at this destination, and the gaming and casino scene can keep you occupied for hours. Also, don't forget about the boardwalk, live music shows, and night clubs. If you want to stay in a casino (duh), you can easily find rooms starting around $60 — and did I mention they all have pools?

Costa Rica is gorgeous, and conveniently enough, it can also be relatively cheap for an international trip. Puerto Viejo is considered the capital of cool in this country, and along with limitless beaches comes opportunities to waterfall rappel, whitewater raft, and zip-line around the area. One of the most popular tourist destinations in the world, this city is always bustling with energy. If you book early, you should be able to find roundtrip tickets somewhere in the $300 to $400 range from most major U.S. cities. Not too shabby.

Ocho Rios in Jamaica is a port for dozens of cruise lines, and it's easy to understand why. With crystal clear water, tropical mountain ranges, and clean beaches, it's kind of like a piece of paradise. If you're looking to get a little crazy, Margaritaville is a favorite hangout for spring breakers. Searching for an adrenaline rush? Rent an ATV, go horseback riding, or go white river kayaking. Flight tickets to sandy beaches are going to cost around $200 to $300 roundtrip, which really isn't too steep considering your'e flying to an island.

If you want to take an international trip during break but haven't had a chance to update your passport, don't worry, because St. Croix in the U.S. Virgin Islands has you covered. No passports are required for U.S. citizens, and if you plan your trip enough in advance, you can probably score a pretty sweet flight and hotel combination deal. These beaches are so beautiful, there's a reason they're called the Virgin Islands. Because the Virgin Islands are a U.S. territory, a plethora of U.S.-based airlines fly there regularly, practically guaranteeing you a roundtrip flight for under $250 if you shop wisely.

This wouldn't be a real list of spring break destinations if it didn't include Cancun. Probably the most well-known destination for college students during their week off, the epic day parties, live music festivals, and hundreds of cheap motels make this city one of the liveliest. Pack some sunglasses and bathing suits, because that's probably all you'll be needing. Being that it's one of the most popular spring break destinations in the world, you have the luxury of shopping around when booking flights, so it's totally possible to score roundtrip tickets for under $200 from most major U.S. cities.

More like this
Expert-Approved Hacks For Packing A Carry On
By Jessica Goodman
Where Was 'The Bachelorette' Season 19 Filmed? More European Destinations Are On The Way
By Radhika Menon
How To Use The Like To Know It App To Buy Influencers’ Faves
By Emma Carey
15 Genius Storage Solutions For Your Next Bathroom Refresh
By Emma Garza
Get Even More From Bustle — Sign Up For The Newsletter

This article was originally published on Feb. 19, 2015