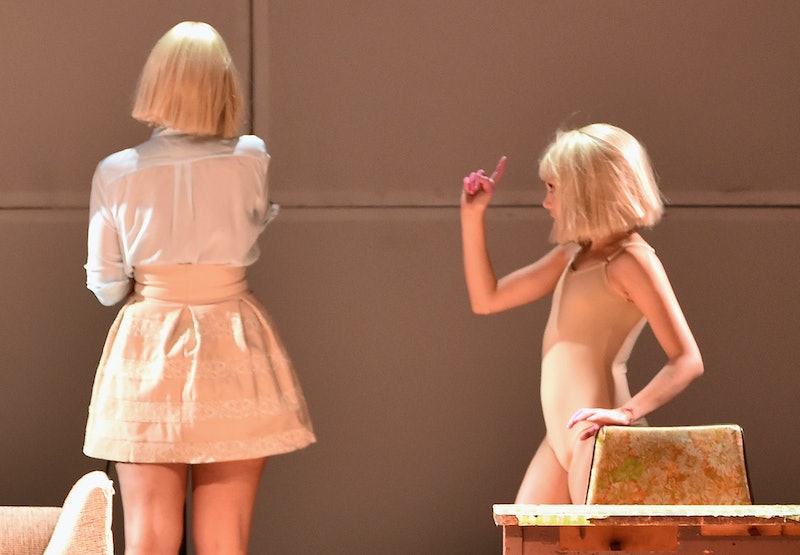 We have been blessed by the music overlords — or at least by Sia and her label. Sia announced a new album Tuesday, confirming the forthcoming work in an interview with NME. Considering how Sia's been practically everywhere since "Chandelier" hit big — and that she was making great music for years before that — this album's sure to be one of the most highly anticipated of the coming year. So what is Sia's new album called ?

That'd be This Is Acting, and there's a good reason for the title choice. As Sia told NME:

I’m calling it This Is Acting because they are songs I was writing for other people, so I didn’t go in thinking ‘this is something I would say.' It’s more like play-acting. It’s fun.

This certainly piques my curiosity for the album — what does an album sound like when it's an amalgamation of things written by the artist for other artists? Surely writing a song for Beyoncé, Rihanna or Ed Sheeran (both of whom Sia has written for in the past) is different than writing one for Sia. The identity and voice behind this upcoming album may be it most intriguing element.

And, after her last album, 1000 Forms Of Fear totally killed all competition on the charts, finding out sounds like it's gonna be a lot of fun.