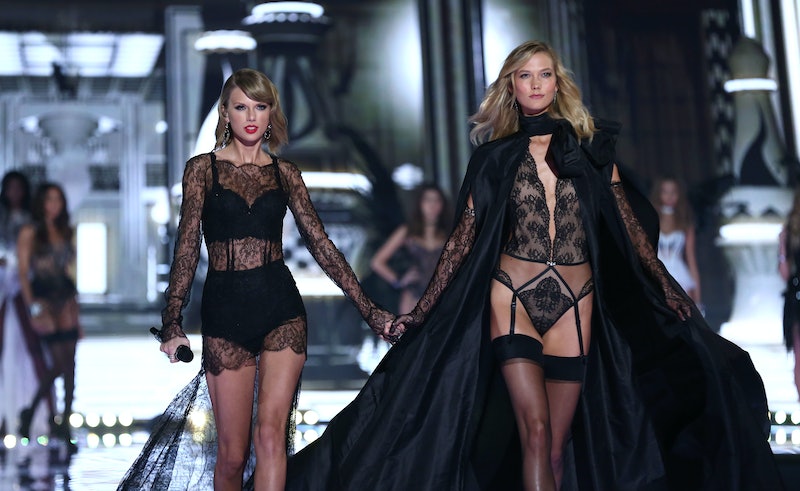 Hollywood's favorite best friends have made their first New York Fashion Week appearance together. Taylor Swift and Karlie Kloss attended Oscar de la Renta's NYFW show on Tuesday night, and not only have they been known to share hairstyles, height, and pouty lips, but now they are dressing alike, too. It's so junior high, but it's just so cute.

Swift and Kloss sat front row for Peter Copping's debut collection, and the besties showed up in matching Christmas colored outfits. The dresses were both sleeveless with a fitted bodice and flounced skirt hitting at the knee, and of course, they were both Oscar De La Renta. Kloss' dress was green and Swift's was red, so they were all kinds of festive even two months post-Christmas. Swift, who's worn the designer on several red carpet appearances, was overheard saying the show was "very respectful. Really, really beautiful."

Not only did the Vogue cover girls have matchy-matchy outfits, but they both wore their blonde bobs in messy waves, with their bangs parted to opposing sides. So basically, when they posed for photographs together, it looked as though they were each one half of a whole. Say it with me now: Awwww.