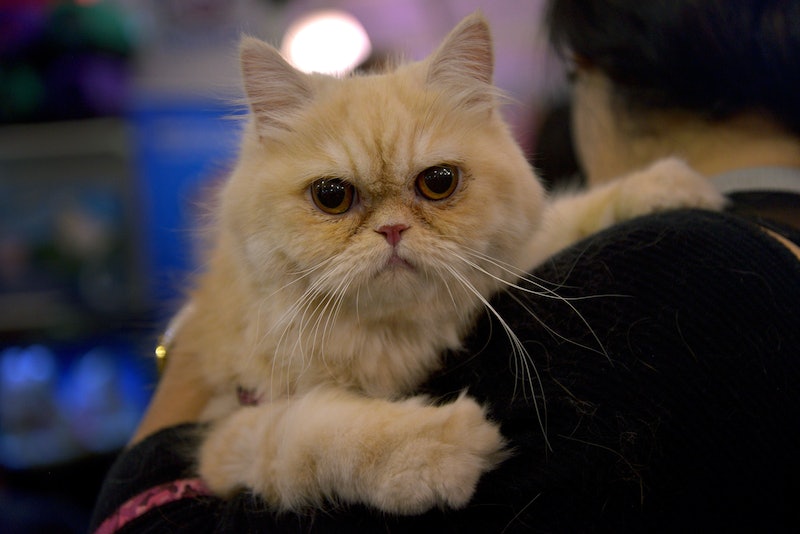 Our furry friends can travel on planes, trains, and automobiles. But there’s one form of transportation on which your best friends are not currently allowed to ride: Amtrak. Republican congressman Jeff Denham of California learned this lesson the hard way when he tried to bring his French bulldog aboard with him. Ever since, he’s been trying to amend Amtrak's policies to allow all pets — not just service dogs — to ride.

Fortunately for pet lovers, Denham has a bit more power than the average person to make this change happen. The congressman chairs the House subcommittee that oversees the agencies that regulate the railroad industry. Moreover, he has a good argument for the change. According to the Associated Press, Denham thinks allowing pets on Amtrak would encourage more people to ride and thus reduce roadway congestion and boost Amtrak’s revenue.

He’s managed to gain some ground on the issue. Denham convinced Amtrak to allow two Illinois routes to serve as test runs for pet rides — now he wants to expand it nationally. A bill, which the AP reports Denham noted to be “wildly bipartisan,” would require Amtrak to draft a policy for passengers to travel with their pets, granted their distance of travel was under 750 miles. The bill has garnered signatures from 24 lawmakers so far.

But why aren’t pets allowed on Amtrak in the first place? It wasn’t always the case. The Associated Press reports that, at one point, small pets were allowed to ride, but because of poor ventilation and inadequate protection from the elements in the baggage cars in which they rode, some pets died. Amtrak stopped allowing pets to ride in the 1970s.

But so far, there hasn’t been much negative feedback from passengers or crew members, the AP reports. Still though, Amtrak says there are details that need to be ironed out and specifics about the policy that need to be decided upon. For example, animals will likely only be allowed to travel certain distances because they need bathroom breaks. Furthermore, only pets under 20 pounds will be allowed to ride, and they must stay in their carriers. Pets and their owners will only be allowed to ride in designated cars, and they’ll need to arrive 30 minutes before departure and pay a $25 surcharge.

But most pet owners can probably agree: No cost is too much when it means having your pet by your side.