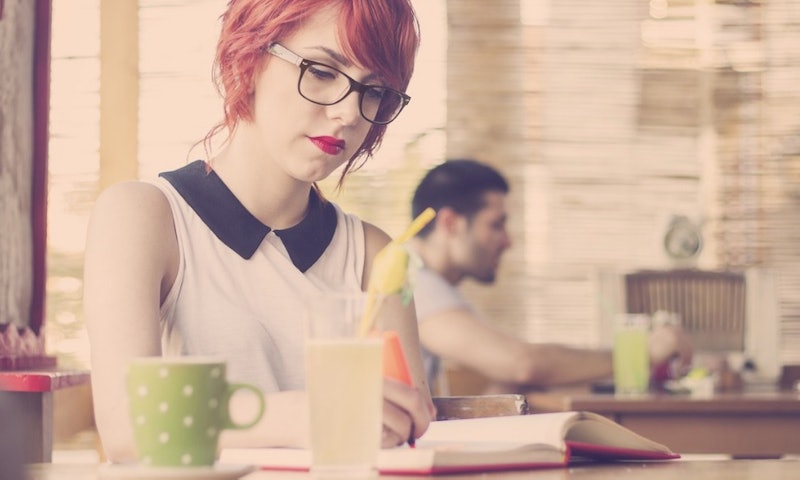 When people talk to me about being stressed, I always recommend that put their feelings to paper. My opinion comes from the fact that journaling has helped me work out some complex emotions, and also from all the scientific proof that journaling is really good for you. I’ve been journaling since elementary school, and I still have a few diaries and journals from those days. They're wonderfully hilarious to read. I marvel at the things I cared about and how ultimately, my concerns that seemed so big then didn’t really matter just a few years down the line. But even as I’m laughing at some of truly trivial problems I had back then, I'm aware that writing them down helped me sort things out.

Even if writing things down doesn’t make things easier to figure out (although I think it does help), there are still many benefits from journaling. Studies show that expressive writing, the emotional kind of writing that takes place in journals, comes with many health benefits. Journaling can have great physical benefits such as reducing blood pressure, improving immune system functioning, and improving lung and liver function. It also has some great behavioral benefits such as: improved memory, improved sporting performance, high grade-point averages and even quicker re-employment at work. If you're not convinced you should start journaling yet, it turns out that there are even more amazing benefits to keeping a journal than we knew usually talk about.

1. Journaling can help you heal faster after surgery

In a New Zealand study conducted on adults age 64 to 97, scientists found that 11 days after participants received a biopsy on their arm, those who had journaled two weeks before the biopsy were healed 76 percent compared to the control group, who had only healed an average of 42 percent.

In this study, scientists tested participants with asthma and and participants rheumatoid arthritis over a four month period. During the testing period, one group was allowed to write about stressful experiences in their life, while the other group was instructed to only write about emotionally neutral topics. After four months, 70 percent of the patients who had written about emotional events had clinically improved, while just 24 percent of the control group showed improvement.

According to this study, the rate of stress and in patients with HIV can contribute to the loss of CD4 t- cells, including the helper cells that help create an adaptive immune system. By reducing stress through emotional writing, participants showed an improved immune response compared to those who hadn't taken part in emotional writing.

Basically, journaling, through the act of helping people get thoughts out of their head and onto paper or a computer screen, has some amazing and surprising health benefits. Even if the worst you have to deal with is some stress so you can sleep better, I recommend investing in a nice moleskin — or just a plain notebook, it doesn't really matter — and spending 15-20 minutes a day writing it out.