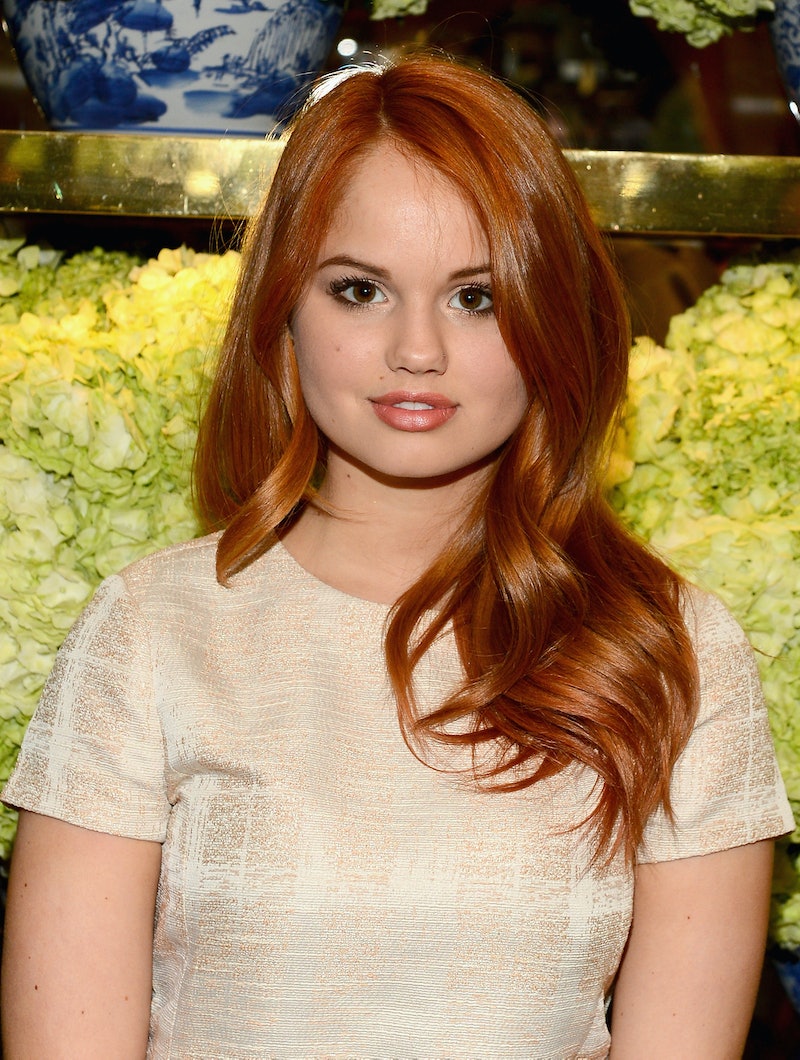 I usually think of the Mary Kay makeup and skincare brand as not very youthful and a bit more mature than I prefer, likely because several of the over-55 women in the office I worked in during my college years used to sell Mary Kay on the side and always espoused the virtues of the brand, which actually has some terrific offerings. But Mary Kay's partnership with singer Debby Ryan, which brings awareness to dating violence issues, proves the brand's social consciousness and its understanding of youth and of women of all ages, essentially. I am looking at Mary Kay in a new light. So should you.

You may not know that dating violence impacts one in four women today, which is a startling stat. Ryan, who is 21 and a Disney actress and singer who stars as the titular character on Jessie (and who has a gorgeous crop of flame-hued hair), is championing this cause. How refreshing that she is not just slapping on some lipstick and repping MK's selection of wares!

As part of this gig, Ryan will be the spokeswoman of the Don't Look Away campaign. She'll travel the country, educating teens and young adults on how to maintain healthy relationships, on how to recognize dating abuse signs, and to talk to them about the support that is available to them.

The Don't Look Away campaign is a text-for-help service that provides safe and anonymous advice to teens. If you find yourself in this sort of situation — and I hope that you never, ever do — you can text "love is" to 22522 and be supported by a trained peer advocate at anytime.

By the way, Debby Ryan looks so much like Selena Gomez and Bella Thorne, right?! She could be their little sister!

In a sea of cause célèbres, Ryan is really putting herself out there to educate those in need. She said in a press release, "It's horrifying to know how many young people deal with abusive relationships and how much goes unmentioned. I know firsthand how alone you can feel when you're being broken down in a relationship and forced to defend it or stay silent. Just being able to send a text message is anonymous and safe. Mary Kay and I believe that everyone deserves a safe, healthy relationship that makes you stronger and better and I want to make sure people know how to get the help they need."

I already thought Debby Ryan was a stunner. Now I am convinced she is beautiful inside and out. And if you were laboring under the illusion that Mary Kay is a fuddy-duddy brand, it's time to re-arrange that type of thinking.