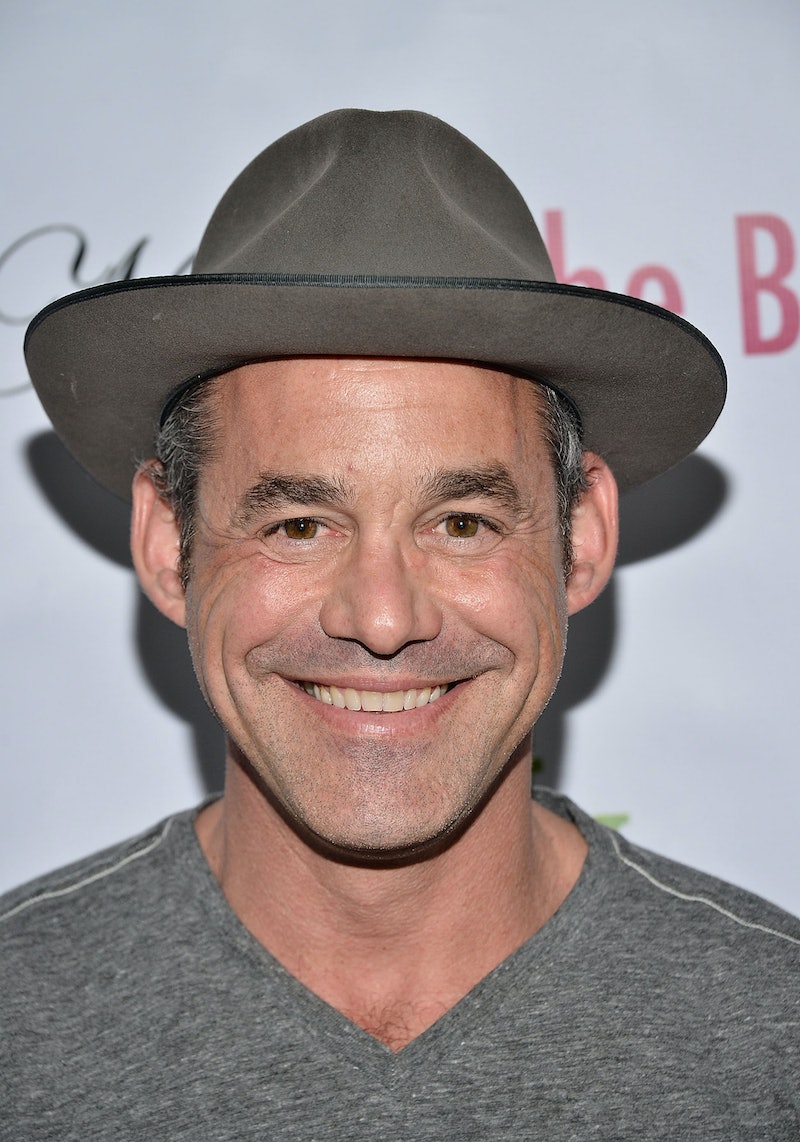 I have some bad news for all you Buffy the Vampire Slayer fans out there — it sounds like Nicholas Brendon is still very much in the grips of his alcoholism. Brendon, who played Xander on the show from 1997 to 2003, was arrested on Feb. 16 after drunkenly trashing a hotel room in Florida. According to reports, he was staying at the Hilton in Fort Lauderdale while in town for a comic book convention, and got out of control in his room, causing $450 worth of damage on top of his $380 bill for food and beverage. He allegedly refused to pay either, and so was arrested and charged with felony grand theft. Yikes.

Apparently the people running the convention paid for a room for Brendon, who also plays Kevin Lynch on Criminal Minds, but he was upset that they didn't cover more, a sentiment that fueled the outburst leading to his arrest. A few hours before he was taken in and charged, Brendon tweeted the following complaint about his accommodations:

Hey Twatters! I'm stuck in Ft Lauderdale w/no per diem. No hotel. No ride to the airport. Thanks @Shockpopcc.

This whole event also took place just four days after Brendon's rep announced that his client's marriage to Moonda Tee was over after just five months, so it's safe to say that Brendon is really going through it right now. That said, this is just the most recent in a long line of public struggles that Brendon has had with his drinking. In 2004, he voluntarily entered rehab for alcoholism, but six years later, in 2010, he was charged with four misdemeanors — "one count of resisting arrest, two counts of battery against a police officer, and one count of vandalism" — after getting violent with police while intoxicated. He checked himself into rehab again that year, only to be arrested again in 2014 (at a comic con in Idaho, ironically enough), for "malicious injury to property and resisting or obstructing officers," after which he entered rehab for a third time.

And now here we find ourselves, in an eerily similar situation, facing the sad fact that Brendon has been suffering all this time. Here's the statement that his spokesperson released on his behalf:

Nicholas is, unfortunately, battling a disease that many of us don't understand. We are working with him to improve upon the situation at hand and look toward the future. He's sorry for his actions and takes what happened last night very seriously. We will take great care to ensure his safety in the future.