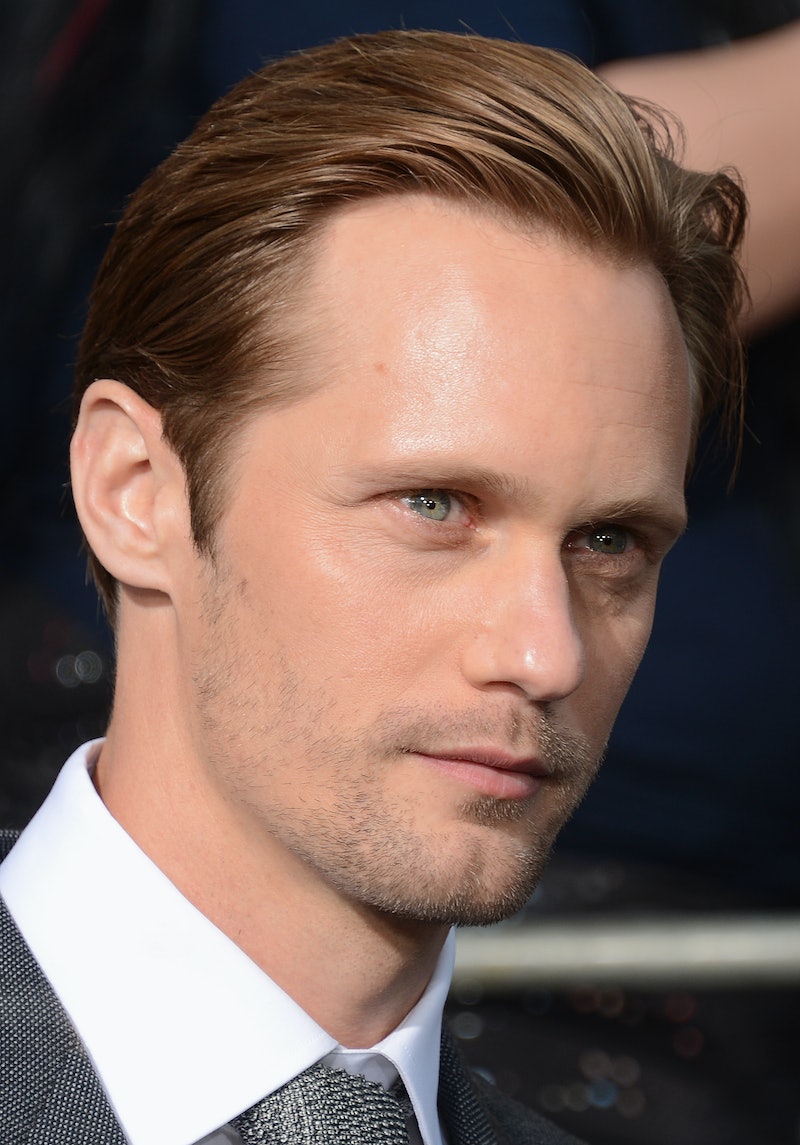 GASP! I thought my morning was going really swell until some heart wrenching news hit my newsfeed: Alexander Skarsgard and Alexa Chung have been spotted "cozying up" on more than one occasion, and you know what that means, they must be dating. Earlier this week, the duo was spotted at a Father John Misty show at the Bowery Ballroom in NYC, where a few onlookers apparently saw the two being "cozy" and "deep in conversation." OK, so that sounds a little innocent to me, right? Just two friends in town for New York Fashion Week enjoying live music together. But hold the phone.

A random fan was minding her own business at the Bluebird Coffee Shop in the East Village when she spotted Chung ordering two avocado toasts and proceeding to huddle up with Skarsgard at the window seats of the cafe. Things seem friendly until you introduce a morning avocado toast with the addition of some supposed "touching of lower backs," because these are all very serious things to me. Could it be true? Are Eric Northman fans' hearts breaking around the world?

Personally, I think Alexa Chung is fun and adorable and I think that these kids would really make a perfect pair. How so? Let me count the ways...

They Have The Same Name

Alex and Alexa already sounds like the name of a cute little boutique, so they are on the right track.

Skarsgard Is Not In A Rock Band

It's pretty obvious that Chung has a penchant for dating English rock stars. Her most publicized relationship was with Alex Turner of the Arctic Monkeys, which lasted for four years. She has also been linked to Albert Hammond Jr.(I'm sensing an "A" trend here) of The Strokes, James Righton of The Klaxons, and even Harry Styles. After years of dating a similar type, it's good to expand your horizons and methinks a brooding Scandinavian is the perfect horizon to explore.

They Both Have Fun Personalities

There is a full YouTube section dedicated to funny Alexander Skarsgard videos because he is quite silly and very different than many of the dark and disturbed characters that he plays on-screen. As for Chung, one of my guilty pleasures was watching "It's On With Alexa Chung" on MTV, a variety show in which she interviewed celebrities and musicians, and engaged in tons of silly antics. Chung and Skarsgard are both not afraid to have a lot of fun, which can only bode well for a budding relationship, and quite frankly, I am jealous.

They Both Love Live Music

It almost seems as if going to music festivals is Alexa Chung's primary job. She is a staple at most of the European and American music festivals, including Coachella, which has also become one of Skarsgard's favorite summer activities. After being seen at Coachella the past few years with his ex-girlfriend Kate Bosworth and last year with his brother, he might have another lady to share in his love of live music, and I can't wait to see the photos.

They Have Impeccable Fashion Sense

Chung is known for her quirky style and beauty looks, which have recently landed her a collaboration with AG Jeans. The collection looks very much like Chung's own personal style, classic and full of denim, which will make a perfect match with Skarsgard's minimal, fresh, and very Swedish style.

Save the shallow part for last, but Alexander Skarsgard is kind of the perfect specimen of a man and Alexa Chung is super gorgeous. I also like the fact that Chung is a brunette because that means he doesn't only date blondes (as he has in the past) and naturally, this means that I am next.