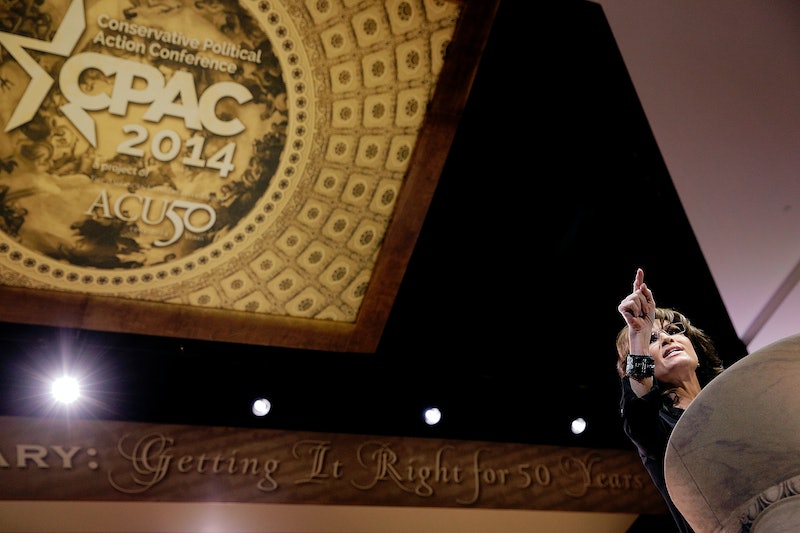 If you're running for president on the Republican side, there is one place you hope for an invite. That place is the Conservative Political Action Conference (CPAC). The four-day event hosted by the American Conservative Union (ACU) and provides a stage for leading figures in the Republican Party to thousands of prospective voters. So who is speaking at CPAC in 2015? And how does this help them in the race to the nomination?

In an interview with Breitbart News, Matt Schlapp, the new chairman on the ACU, explained the importance of CPAC to prospective GOP candidates:

There is not a likely nominee. There is not a person who came in second who is waiting to take the next step up, which we always do. We don’t have that situation. All these candidates are coming to CPAC because they know conservatives will have the largest role in determining who the nominee is.

Each year, a straw poll is held among conference attendees. It's not necessarily indicative of whether someone will win the nomination — since 2008, the only CPAC straw poll winners have been Mitt Romney, Rand Paul, and Ron Paul. But if anything, the poll will temporarily bring more attention to a prospective candidate.

The conference kicks off Wednesday, Feb. 25 as the first runway for the 2016 GOP hopefuls to strut their policies and political commentary. Here's a run-through of everyone we know will be speaking this year...

Rand Paul won last year's straw poll with 31 percent of the vote and has a pretty strong following among attendees — last year, "Stand With Rand" shirts were the go-to commemorative item. Sticking with his more libertarian roots, Paul said at CPAC:

In the past, Bush asked to omit his name from the straw poll. Now that he's considering a run, and there is no indication he won't be on the poll, it will be interesting to see how an establishment candidate will fare among the Tea Party and libertarian factions.

Cruz came in second for the straw poll with 11 percent last year, 20 points below Paul. Maybe he will fare better this time around. His speech also turned heads with his call to action:

We can either choose to keep our head down, to not rock the boat, to not stand for anything, or we can stand for principle.

Unsurprisingly, Carson got into huge trouble for his comments on gay marriage last year.

Of course gay people should have the same rights as everyone else, but they don't get extra rights. They don't get to redefine marriage.

At the 2013 conference, Rubio mocked his awkward water-sipping incident from his GOP response to the State of the Union earlier that year. Even though it's a more serious speaking forum, there's always room for a little humor.

Christie wasn't invited to CPAC in 2013, after he praised President Obama's handling of Hurricane Sandy relief. Only a little petty. But he scored an invite last year, and was not shy as he delivered his speech:

We have to stop letting the media define who we are and what we stand for.

Perry is getting excited about his CPAC appearance, saying to The Washington Times:

Republicans have the chance to be the party of ideas and opportunity, and it’s clear that principled conservative leadership is the change we need to get America back on the right track. I look forward to sharing my vision for a prosperous America for our children and grandchildren at CPAC.

Walker skipped out on CPAC last year. The move isn't thought to have hurt him; he already established political clout during his re-call election. But he's not playing around this year, and appears to be a serious contender for the nomination.

Fiorina is the only Republican woman considering a run. She's also the chairman of the ACU's foundation.