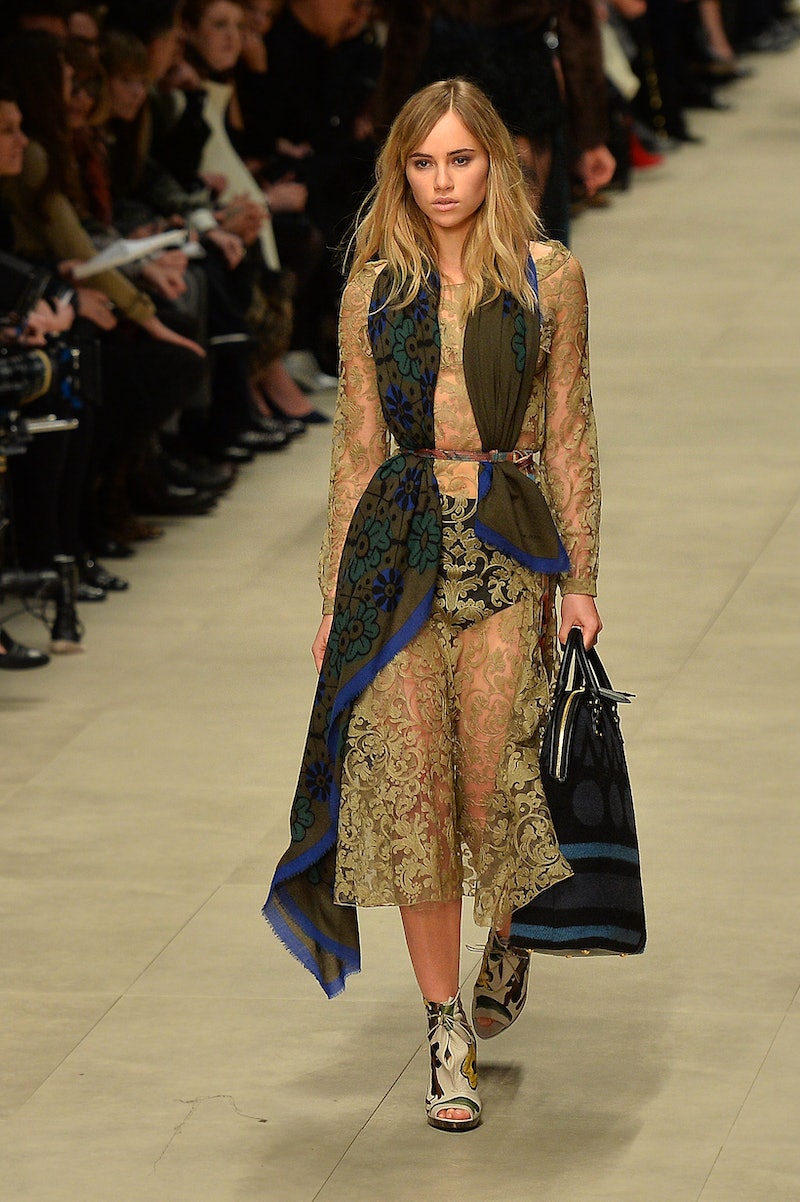 It looks like Bradley Cooper will have a hot date to the Oscars this year! The actor, who has now been nominated for his third Oscar in three years, has found great support for his acting career from his girlfriend, Suki Waterhouse. Bradley Cooper and Suki Waterhouse have been reportedly dating since early 2013. Some of Cooper's fans might be wondering more about who his lady friend is, besides being part of his loyal support system.

Waterhouse is a British model who has had the chance to appear in high-end campaigns, such as Burberry, and unlike some models, she's not shy about sharing her excitement about these opportunities. She told Elle UK: "I know it’s cool to pretend you don’t care. But I love fashion and I love clothes. I live my life in a sea of clothes. And it’s fantastic to be able to use them and play with them."

Along with finding success in the modeling industry, Waterhouse is also an aspiring musician. She told Britain's Love magazine that she is in need of some kind of creative outlet. And while she is not looking to become a pop star, she is clearly interested in dabbling in that artistic realm. For being only 23 years old, it sounds like Waterhouse has a lot going for her and a lot ahead of her.

When not strutting down the runways herself, Waterhouse gets to sit front row in the company of celebrities like Harry Styles and Sienna Miller at major fashion shows. Scouted as a model at age 16, Waterhouse has had the chance to appear in not only high-end campaigns, but also ads for H&M and in magazines like InStyle. She's even been granted the coveted title of "It Girl" by the New York Times. In short, she's a pretty big deal in the fashion industry right now, and it probably doesn't hurt that she's good friends with other famous models, Cara Delevingne being one of them.

Along with dabbling in music, Waterhouse has also dabbled in acting. She had a small role as a drug pusher's girlfriend in a remake of a 1996 cult favorite called Pusher. Though she told British Vogue that she was interested in continuing going to acting auditions, she still considered modeling to be her main job. And based on the quality of work she's been getting, it looks like she's made a good choice.

In the meantime, Waterhouse has been spotted many times standing alongside Cooper and supporting him in big moments in his acting career, such as at his debut performance on Broadway in the play "The Elephant Man" and at the American Sniper movie premiere. Fans should not be surprised at all if they see Waterhouse standing arm and arm with her man at the Oscars this Sunday. And they also shouldn't be surprised if she is wearing something fashion forward. Keep your eyes peeled for these lovebirds on the red carpet!