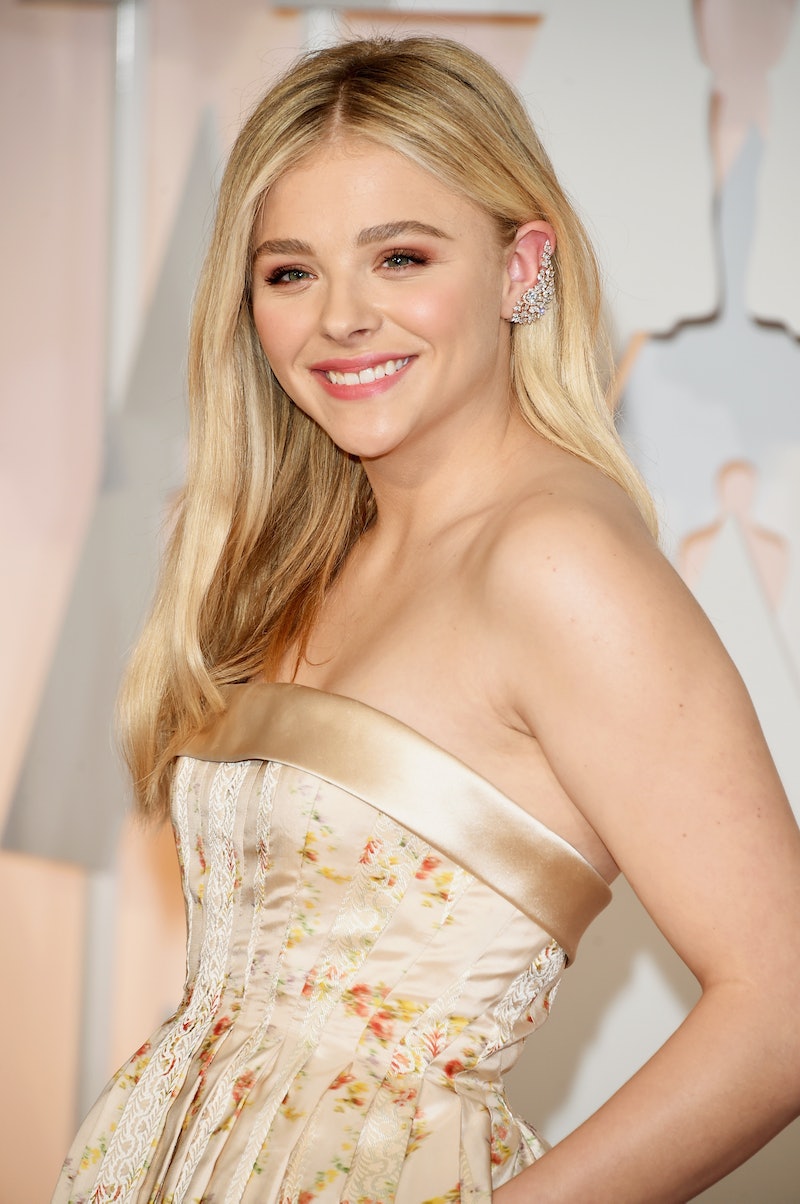 Yessss. The 18-year-old we all hope to be when we grow up, Chloë Grace Moretz, on the Oscar red carpet was just the kick ass addition this sometimes-snoozy old award show (sorry, Academy enthusiasts) needed. Wearing a full, cream-colored, floral dress by Miu Miu, Moretz showed up even the most storied red carpet regulars with her first Oscar appearance. OK, so maybe some people thought it was a little grandma's bedspread-esque, but personally? I was happy to see a little early springtime on the red carpet.

Moretz has a penchant for all things gold and shiny, so, while amazing, this ensemble is still well within her comfort zone. The full skirt is a change, however, as she usually favors mini skirts in retro cuts. Another awesome aspect of her look? Rosy lipstick and eye shadow that perfectly matches the little blossoms on her gown, plus brings out her pretty green eyes.

In addition to being her first Oscar appearance ever, this is one of Moretz's first award season red carpets for the 2015 season (the only other she was able to swing by was the People's Choice Awards back in January), so naturally theIf I Staystar pulled out all the stops. Moretz isn't nominated this time around, but presenters gotta look good too, right?