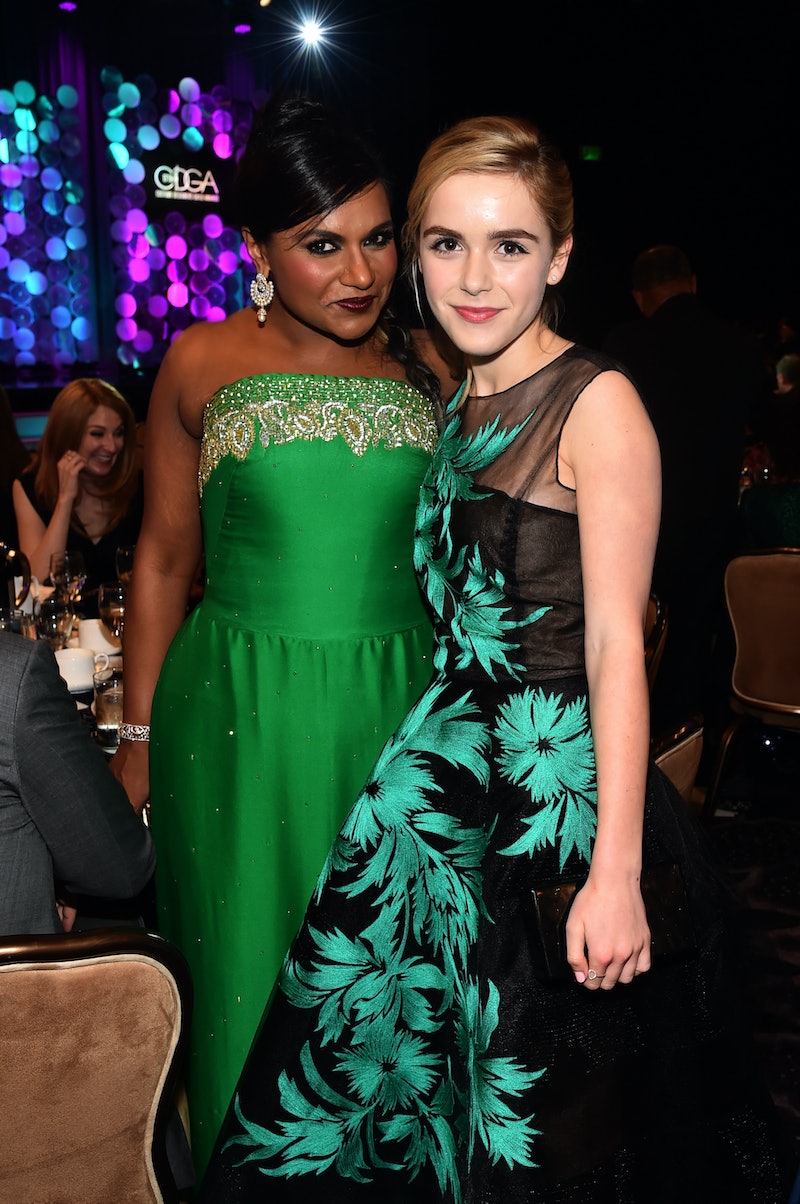 As two of the most fashionable people on television, it would make sense that Mindy Kaling and Kiernan Shipka met, posed for pictures together, and promptly slayed the world with their green fabulousness at the 17th Costume Designer Guild Awards with presenting sponsor LACOSTE — they certainly managed to give the gorgeously-dressed host of the night's proceedings, Emmy Rossum (who looked pretty darn awesome in balletic blush pink Donna Karan Atelier) a run for her money, at any rate! Honestly, the combined fabulosity here is enough to make a person spontaneously combust.

Both were on hand to present awards (along with co-star/co-writer Ike Barinholtz, Kaling presented the award for Outstanding Period/Fantasy Television Series, while Shipka presented the award for Excellence in Commercial Costume Design) — and both were also there to support the costume designers on their respective shows: Mad Men costume designer Janie Bryant was nominated in the Period/Fantasy Television series category, and Mindy Project costume designer Salvador Perez just happens to be president of said Costume Designers Guild.

Kaling wore one of Perez's custom designs, which was made of ultra-regal green silk with gold detailing. The structured bodice gave the look a very updated-Tudors feeling, while the fabric evoked an absolutely gorgeous East-meets-West feel. Shipka (as per usual) looked like the very picture of ladylike-ness in leaf-embroidered, black tulle-overlaid Oscar de la Renta. Take a look!

Definitely a fashion win all around (which would certainly make sense, given the company of the evening, eh?).