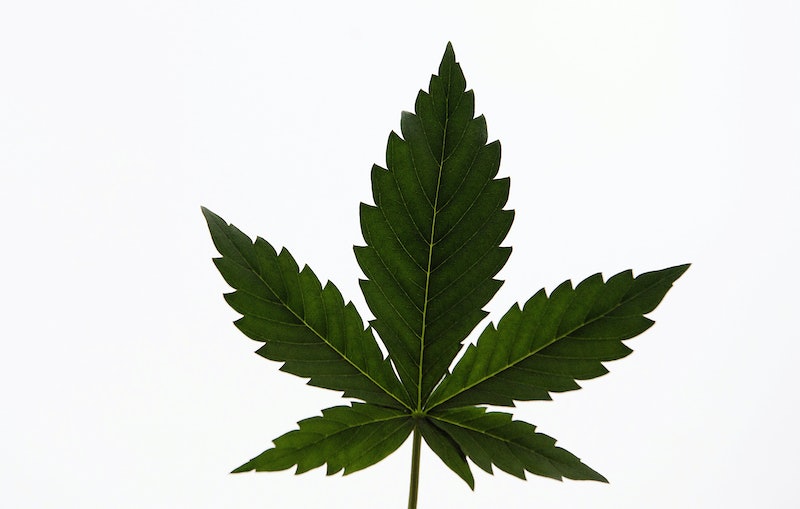 Ever get the munchies? I don't mean "are you ever really hungry," to be clear. I'm asking if you ever smoke/vape/eat/otherwise ingest marijuana, presuming you're in Washington or Colorado, and then feel that voracious hunger start to build up, deep in your belly. You're not alone; the so-called munchies have been both a lived reality for countless tokers, and one of marijuana's pop-cultural touchstones for decades, and now we're finally learning how it all works. Why does marijuana give you the munchies? Cause it's all up in yo' brain, messing with the neurons!

At least that's what a new research study, published in NatureWednesday, would lead you to believe. The findings are nothing short of fascinating, not just because they shed some light on the cause of those post-puff hunger pains, but for what they found about the brain's neural functions when high. It's worth noting that the study wasn't actually performed on humans — marijuana is still a federally illegal, Schedule 1 drug — but mice, instead.

Regardless, the findings are exciting, and altogether unexpected. Basically, the team (led by Dr. Tamas Horvath) found that the pro-opiomelanocortin (POMC) neuron cluster, traditionally understood to tell your brain when you're full, gets its script flipped around when you're high.

Because POMC neuron activity generally triggers you to stop eating, it had been Horvath's assumption that the munchies would be caused by marijuana lowering it, but what he actually found was quite the contrary.

Marijuana intoxication actually increased the mice's POMC neuron activity, with a strange explanatory twist — the cannabinoid receptors introduced by the weed triggers them to stop sending out fullness-signals, and start pumping out endorphins instead. Endorphins are neurotransmitters which can increase your hunger, among other things.

According to NPR, Horvath described the phenomenon like in a way that any accomplished stoner could probably appreciate.

Even if you just had dinner and you smoke the pot, all of a sudden these neurons that told you to stop eating become the drivers of hunger.

In other words, marijuana made one particular part of the mice brains start functioning in virtually the opposite way they normally would. There's still no telling for sure whether this is truly the same process that takes place in the human brain, but Horvath clearly believes that it will — according to NPR's Angus Chen, he stated that he'd "bet his life" it was the same process, owing to that region of the brain's pre-mammalian evolutionary history.

Frankly, I can hardly wait to see where this research ends up going. Beyond the risk of leaving regular stoners a little flabby around the edges, marijuana's effects on appetite have big implications for health and wellness, perhaps most notably allowing nausea-gripped cancer patients to regain their hunger. Here's hoping that as more states move towards marijuana legalization, the federal government will finally follow suit, finally freeing scientists from the frustrating legal issues that inhibit its study.