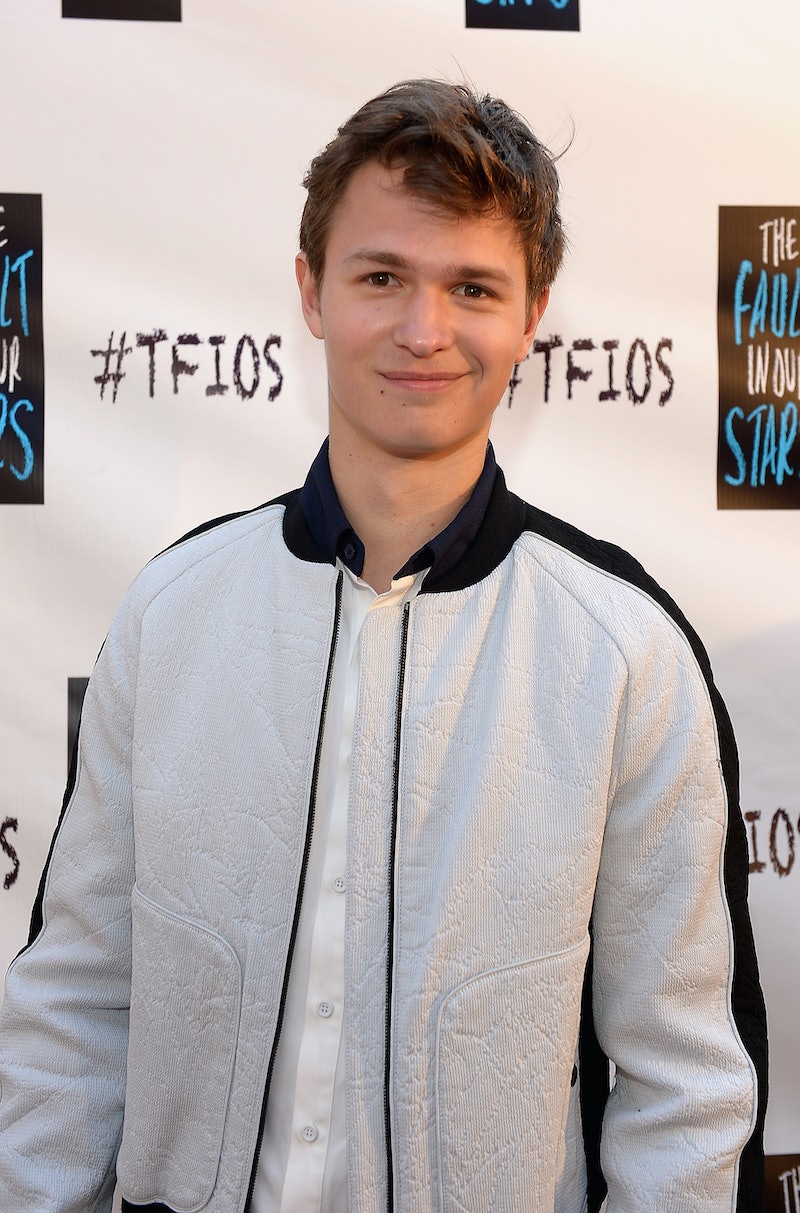 Get ready to love this guy even more: Apparently, Ansel Elgort seems to be a feminist. Although he didn't outright use that word, and he wasn't even being asked about the term directly, his new interview with Elle magazine has some distinctly feminist themes. The 20-year-old Divergent star opened up to the magazine about love and sex, and had some pretty revealing answers about what he finds sexy.

I like strong women. Physical women. My dad photographed a lot of beautiful dancers. My mom was a dancer ... I love when a girl is like, 'I can't hang out. I have to go to class.' And I go pick her up and she's all sweaty in a leotard with her hair in a bun. That's the hottest thing ever.

It's surprising to hear a Hollywood actor praise women's strength as something sexy. All too often in that industry we see thinness as the standard of beauty over someone who may be athletic. That in itself is encouraging to hear.

But his answer goes deeper than just liking strong women. He's basically saying he likes to see a woman being passionate about what she loves. For a dancer to go and work hard and emerge with a sweaty, practical hairdo is probably enticing to Elgort because that represents a woman who isn't afraid to be herself and put her passion ahead of appearing put-together for a man. (And it's not surprising he likes that, considering his own girlfriend is a dancer.)

Elgort hasn't been the subject of much feminist talk before. Shailene Woodley tended to get peppered with those questions during press for Divergent and The Fault in Our Stars, so Elgort hasn't really had the opportunity to speak about his views on women. But if this interview is any indication, he seems to be a feminist, and hopefully he gets the chance to talk even more about this subject in the future.

As Emma Watson's HeForShe campaign says, we need both genders to come together to push for gender equality, and Hollywood could always use more men who feel that way. Fortunately it seems Elgort may be one of them.