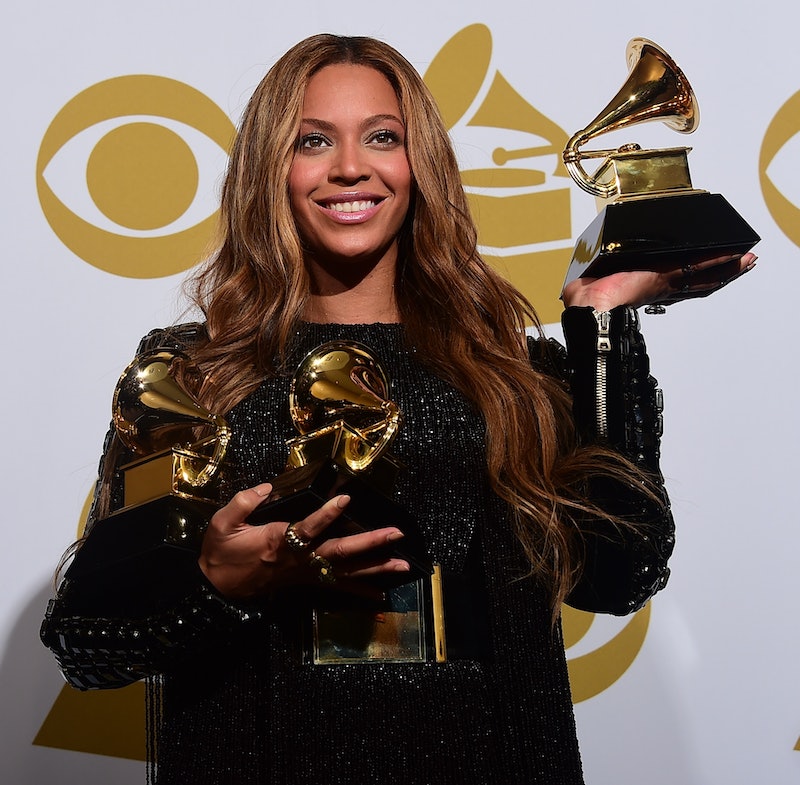 On Wednesday, the world was shaken up and would never be the same again. As you might imagine, this worldwide shake up involves Beyoncé, the queen of worldwide shake ups and of life itself. Similarly to the way that Beyoncé released a surprise album in 2013 that broke iTunes with the amount of people trying to get their hands on it at once, so too did she break the Internet without even actually trying. You see, allegedly unretouched photos of Beyoncé from a 2013 ad campaign leaked onto the Internet, and to say the people are divided would be a cheerful understatement. The people are split into two camps, the highly supportive and the wildly offensive. There is no middle ground in this conflict.

I call it a conflict because it appears as though even the people who fall clearly on one side of the issue or the other seem to be made of conflicting emotions. On the offensive side, we have those who are being accidentally or unintentionally offensive — the people who aren't so much complaining about the fact that Beyoncé looks like a "gremlin" or looks "old" or "nasty," but are instead complaining about the simple fact that she doesn't look flawless like her 2013 hit song would imply.

Of course, not everyone is suffering from a simple midlife crisis brought about by being forced to acknowledge that Beyoncé is human and not a radiant goddess. As amazing as she might be, she is a person. She will make mistakes. She will say or do things that not everyone agrees with. Once in a blue moon, she might make a song that you hate. And, yes, she has pimples. She may even occasionally have a lot of pimples. Why should any of that make her any less flawless?

The real problem when it comes to this situation is a misunderstanding of the word "flawless." You see, people seem to be applying the textbook definition, "without flaws," to the pop star whereas her 2013 song does not actually use that definition.

At what point in the song does Beyoncé go, "My face is constantly as smooth as a baby's bottom, flawless?" The answer is nowhere. Flawless is not about your appearance, and it is not about your choices. It is a state of mind. It is a level of confidence. It is waking up like this — feeling so good that everything about your life makes you feel perfect. It is knowing that you "look so good tonight," without actually caring how good you do or don't look in the eyes of others.

That is why "I woke up like this" is a phrase that has been ascribed to everything from half-asleep "ugly" photos to make-up free selfies. That's why "flawless" is a word that has been ascribed to Beyoncé for her achievements in both music and performances of the aforementioned music. It is not about being beautiful. It is about feeling beautiful. So, when we take that flawless message and turn it into a joke in which Beyoncé's supposedly untouched photos are the punchline, we are undermining the message of the song. Not to mention we're being incredibly rude and offensive.

There are more logical questions that can be asked about the leaked photographs than to simply make them into a joke or to complain that Beyoncé dared to have pimples. Her make up seems very heavy, at least to me, so why not question the make up artist's choices? The final ad seems to have lightened Beyoncé's skin intensely in the alleged retouching, so why not complain about the white washing? Of all of the minute complaints that could have been made about these photographs — which are hardly terrible photographs — why does the complaint have to be that Beyoncé looks "old" or "gross?" Why is our reaction to make a hundred jokes about how she's not so "flawless" after all?

The fact of the matter is that whether she looks like a pimple-free goddess with glowing skin and a wide thigh gap, or whether she looks haggard, exhausted, and is wearing a bag over her head to hide the bags under her eyes, Beyoncé never stops being flawless. No woman stops being flawless based on something as ever-changing and irrelevant as their appearance. If you feel flawless, then you are flawless. If you feel unstoppable, then you are unstoppable. If you woke up like this, then you woke up like this. There was nothing disingenuous or untruthful about Beyoncé's classic hit that is being quoted all over the Twitterverse on Wednesday; the song had a message that no leaked untouched photos can undermine.

Sure, Beyoncé's loudest defenders in this backlash are coming from the ever-dedicated members of the Beyhive who are either crying that the photos have been faked or taking shots at people who dared to imply that their flawless queen stops being flawless over a little thing like being human, too. However, if leaked photoshoot pictures are enough to make you withdraw your love for Beyoncé because she has failed to live up to your expectations by having acne, then that's immensely disappointing and unfair. It is not enough for us to only love Beyoncé because she is beautiful.

Her appearance does not make up the whole sum of her beauty. It is her soul, her generosity, her activism, her music, her talent, her intelligence, her confidence, and so much more about her as a person that makes her beautiful, that makes her flawless. So let's squash this conflict about these untouched photos, because, from the simple fact of being a facet of Beyoncé we haven't yet seen, they, like Beyoncé, are flawless.

More like this
Adele Is Attending The 2023 Grammys, Thank You Very Much
By Jake Viswanath
Will Beyoncé Perform At Or Attend The 2023 Grammys?
By Jake Viswanath
Beyoncé Has Officially Won The Most Grammys Ever & Twitter Is Losing It
By Jake Viswanath
Lizzo Calls Beyoncé “The Artist Of Our Lives” During Her Grammys Speech
By Alyssa Lapid
Get Even More From Bustle — Sign Up For The Newsletter
From hair trends to relationship advice, our daily newsletter has everything you need to sound like a person who’s on TikTok, even if you aren’t.