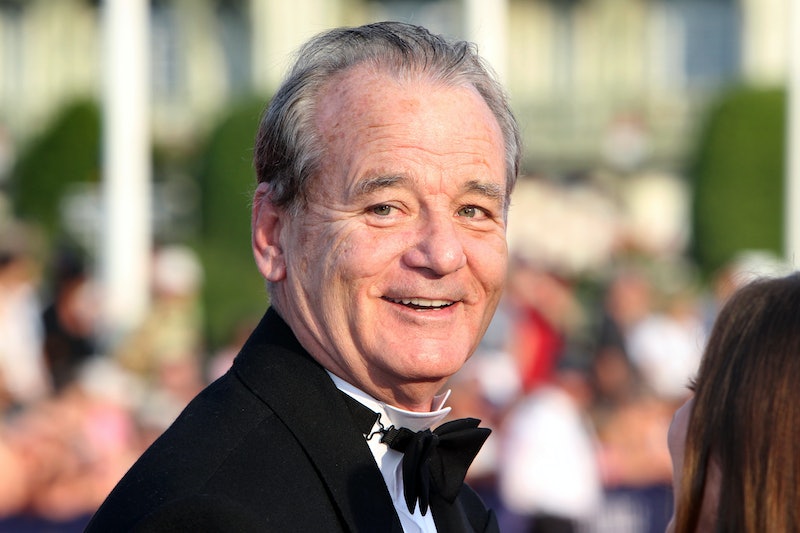 I have been waiting for Bill Murrary to appear on Parks and Recreation for years, and, turns out, I wasn't the only one: In fact, I got the dream from the Parks and Rec cast and crew themselves — specifically Parks and Rec creator Mike Schur, who's been vocal for years about his desire to see Murray play Pawnee mayor Walter Gunderson. So seeing Murray finally make his appearance in the show's penultimate episodes before its final farewells next week? Well, that was supremely bittersweet — and one of the perfect ways to say goodbye. It was also a perfect climax to Parks and Rec's long history of awesome guest stars.

Schur recently spoke to Entertainment Weekly about the long road to getting Murray on the show. Apparently even before they dreamed of Murray for the role they dreamed of, well, Arnold Schwarzenegger. As Schur recalled:

[Schwarzenegger] was very nice about it, and he really wanted to do it, but it just couldn’t work. So at that point we were like, ‘Just forget it. It’s cooler to mention the mayor but never see him.’ And around that time, we said internally that the only way that we would ever do it was if we got Bill Murray. I don’t know why — that became the thing. Maybe he was transitioning into being more myth than man at that point.

That concept spiraled, with Amy Poehler publicly begging Murray to appear on the show on an appearance on Late Night With Jimmy Fallon back in 2011. Her message went thusly: “Bill Murray, if you’re listening, I will pay you $250 to do one episode of my show.”

So how did they actually land him? As Schur's further recollection goes on:

There was no attempt really to lure him—we just kept saying it loud. Aubrey [Plaza] met him somewhere and said, ‘You should be the mayor on our show,’ and he was like, ‘What are you talking about?’ Amy knew him a little bit and saw him somewhere and said the same thing. And then last year, Aubrey fell into his circle in the film world and started working really hard at hooking him. Then Amy chimed in and Rashida [Jones] chimed in and at that point, I think honestly what happened is he started watching the show.

Please nourish the image of Bill Murray in his pajamas marathoning Parks and Rec.

Eventually the show did score Murray, right under the line — for the episode that killed off Mayor Gundersun. And it was great. In fact, it was kind of the perfect thing to happen at this point in the show's final season: A testament to the long-running tenacity of the people who made this show so memorable (and who just kept begging Murray to be on it), as well as one more grand entry in the many truly fabulous guest appearances the series has hosted.

The Parks and Rec finale next Tuesday may indeed have even more guest stars lined up, but this was the zenith. In honor of it, let's remember some of the other great guest stars Parks and welcomed over the years.

This might be my personal favorite of all time? One of the great marvels of the universe is how wonderfully fun the legendary Madeleine Albright is as a comedic guest star. First she played Lorelai Gilmore in a dream sequence in Gilmore Girls, then she played Leslie's go-to Washington BFF and waffle brunch friend. I have never been so delighted.

Leslie Knope's all-time biggest crush, and we got to see her meet him.

A kind-sorta West Wing reunion that came equipped with its very own walk-and-talk.

The simplicity is what really sells this one.

Turns out Pawnee is set in a world in which Jon Hamm is the opposite of Don Draper.

The eccentric German auteur is moving to Florida to be closer to Disney World. I'm still trying to process the brilliance of this.