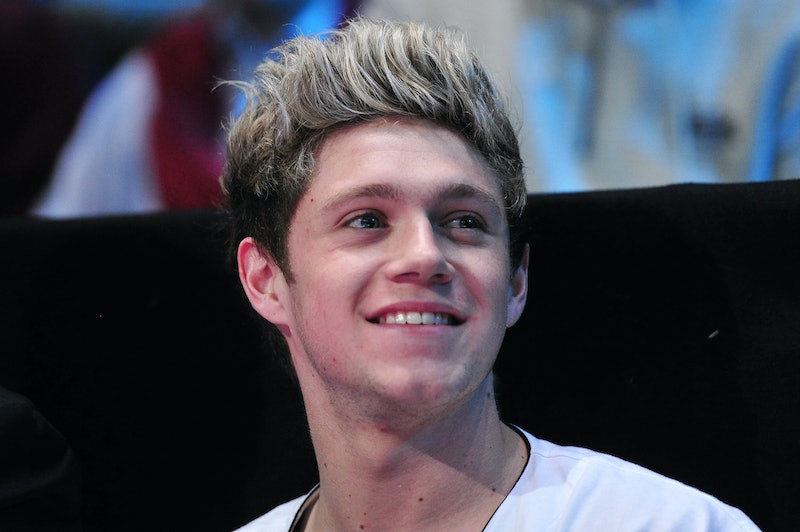 As I have said many times before, never underestimate the power of disgruntled teenaged girls in love with a certain boy band. One Direction fans have a past of being very hostile when defending their favorite group of boys, as we last saw in their intense Internet attack on tribute band, One and Only Direction. Unfortunately, those attacks seem to be pale in comparison to what happens when a 1D member finds himself a new girlfriend. There are rumors that Niall Horan is dating Melissa Whitelaw, an Australian woman, to keep him company while the boys are on a tour of the country. So, who is she, anyway?

I, for one, am a little frightened for Whitelaw. Although neither Whitelaw nor Horan have confirmed that they're together (other than a suspicious Instagram comment from Whitelaw, but we'll get to that), there have been a flurry of photos and tweets that show that the two at least know each other and have been hanging out to some extent. What isn't clear is whether or not the couple were actually kissing in the photos posted by Twitter user, Gemma, who saw Horan, Harry Styles and Whitelaw hanging out at Crown Casino in Melbourne this past weekend. In an interesting turn of events, another fan Sarah, posted an Instagram video of Horan holding hands and twirling Whitelaw from NOVEMBER at the ARIA Awards. Now, this is juicy since it means they've actually known each other for much longer than previously thought.

But back to the question at hand: who is Melissa Whitelaw? What the Internet has gathered so far is that she is an Australian student who seems to be studying journalism. Fans have found Whitelaw's Instagram account, and besides her name, the only information she offers is a URL to her Tumblr blog. Naturally, I scrolled through for some clues and, lo and behold, she answers a question from a reader regarding what she studies. She replies, "I am studying media and communications majoring in journalism, i would love to do some study in relation to fashion/business though [sic]."

Her Instagram also is full of really cute selfies and some professional shots which seem to indicate that she either is pursuing a modeling career or just likes to do it for fun. Hey, if you've got it, why not? I also came across some videos Whitelaw posted of herself playing the acoustic guitar and singing and she is actually pretty good. There is evidence that she has also hung out with Matt Healy of The 1975, so this leads me to believe that she might be part of a musical friend group, which could be how she knows One Direction and Niall Horan. Sources have already come out of the woodwork to say that Whitelaw and Horan have been friends for a while and were not kissing. Hmmm, who knows.

What I do know is, by all accounts, Whitelaw seems like a cool, creative, and positive young woman who is clearly enjoying her life. The Daily Mail recently posted screenshots taken by fans that show Whitelaw's alleged Instagram commenting on her own photo, confirming their relationship. She says, "For all you asking yeah Niall and I dating. Niall has not posted about it because we have decided we will wait until it's the right time, I haven't done anything to you so please stop sending me mean comments."

While screenshots have been photoshopped in the past, I believe this confirms the news for now and I suggest that fans take her advice and leave her alone. No one deserves to be attacked simply for being a friend or girlfriend of One Direction and I don't think they would appreciate you bullying them either.