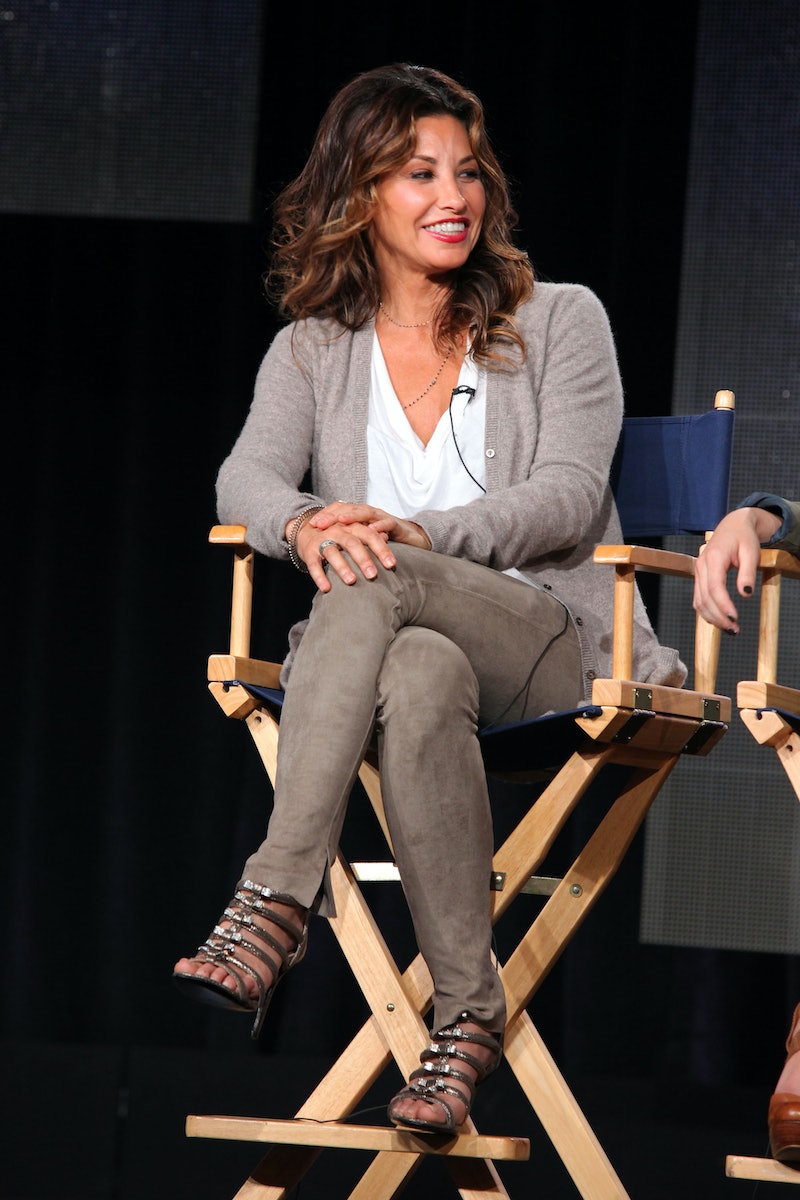 Even though Glee is about the "students" at McKinley High School — I say "students" because they're all like 30-years-old IRL — it's always fun when the show reveals the parents of the students we've grown to love (and hate, and then love again). On Friday, Glee celebrates a very special wedding that brings together parents and Glee members alike. We've met some of the parents before, but one parent we haven't met yet is Blaine's mom, Pam Anderson, played by Gina Gershon on Friday's Glee. And judging by Gershon's past experience, she's going to make the perfect Pam Anderson.

Before we get into what roles have perfectly prepared Gershon to take on her new Glee role, can we spend a few moments applauding the writers for the Pam Anderson nod? As if Brittany S. Pierce wasn't great enough, the Pam Anderson joke has been waiting to be made since Blaine was introduced in Season 2. I digress. Gershon's past consists of roles that and all over the map, but there are a few stand out roles that Gershon has had that equal the perfect mom for Blaine Anderson. Here's a look at how Gina Gershon's past roles have prepared her to be the perfect Pam Anderson.

Sure, maybe I'm the first person to describe Showgirls as theatrical and not... awful?... but it's got a certain pizzazz that only an Elizabeth Berkley camp cult classic can offer. Plus, Blaine's got to get his razzmatazz from someone, right?

She's into Fashion From... House of Versace

Blaine's got some good style to go along with that crazy gel hairstyle. And who better to get it from than his mama. Gershon played Donatella Versace in the kind of addicting TV movie.

Friday's episode celebrates Santana and Brittany's wedding, and who better to be in the audience than someone who has watched her BFF Holly live with this type of love.

She Can Sing From... Life

If I had to define Glee it would be "getting up in front of an audience and singing whether they wanted you to or not." While I am sure the audience here was thrilled to have Gershon singing this Tom Jones song, it feels so Glee like, because why is she singing?

She Knows How to Represent a Name From... Gina Gershon Strips Down Sarah Palin

Sure, Gershon isn't playing THE Pam Anderson, but she's got to give the name a good time, right? In this Funny or Die sketch, Gershon shows us that she knows just how to represent an important name in pop culture.