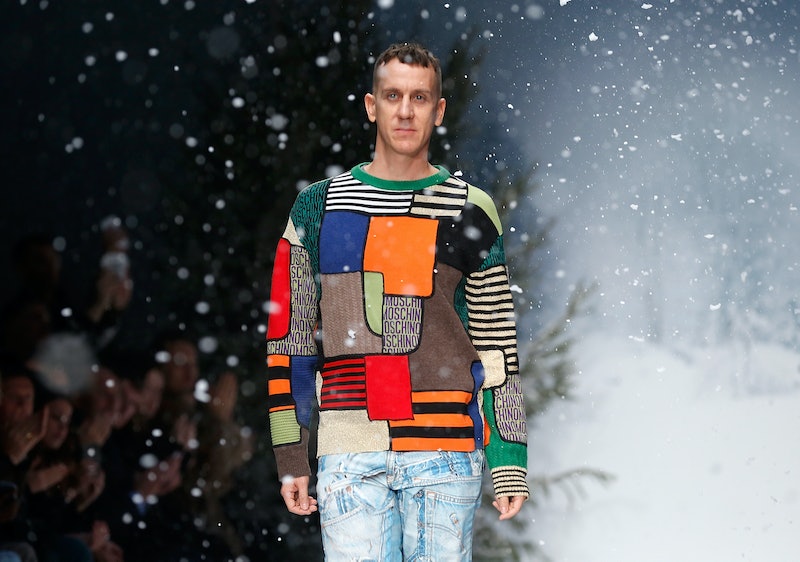 If you retain any residual trauma from watching Chucky as a child, you may wish to skip at least one designer's Instagram this Fashion Week. The notoriously eccentric Jeremy Scott's Fall 2015 collection featured an eery doll theme that's one part Strawberry Shortcake and two parts horror film, much to the dismay of show attendees and critics alike. From neon-streaked wigs to hallucinogenic, retro patterns, Scott's show was an unsettling trip down memory lane.

Scott's Fall 2015 collection took direction from what the designer labeled "dolly patterns", which consisted of brightly-hued prints depicting tumbling teddy bears and toys. The effect would have perhaps been less unnerving if the materials didn't appear to have been ripped from childhood onesies or footie pajamas and paired with daringly cut keyholes necklines, but such is the nature of Scott's idiosyncratic design. Further adding to the post-apocalyptic circus effects were the lurid paint splotches of fuchsia and lime green adorning each model's eyelids with little else in the way of lipstick or blush. Though Scott's designs must tell a tale of childhood dreams meeting grownup ambition or some similar narrative, all I can see is an army of life-sized Chucky dolls marching down the Fashion Week runway.