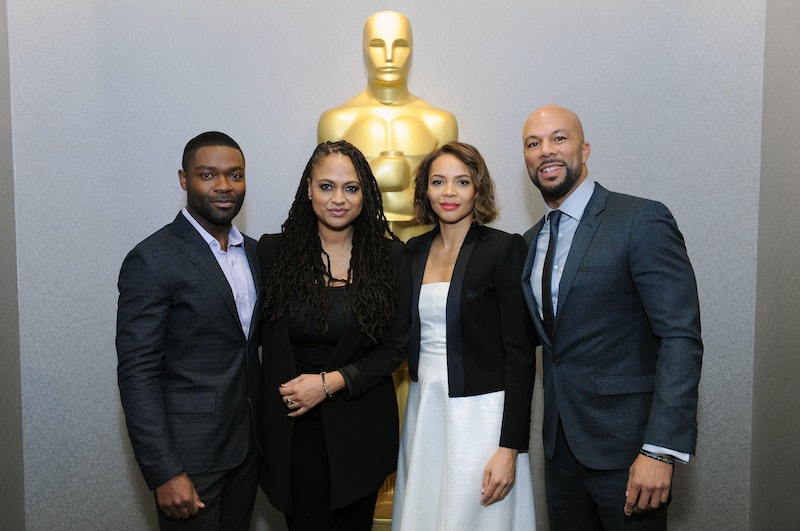 It was a disappointment to see no women, let alone women of color, nominated in the Best Director category for the 2015 Oscars. Ava DuVernay, who directed the 2014 civil rights film, Selma, was snubbed for her work. Indisputably an important film, the movie only earned two nods in Best Picture and Best Song categories. "Glory" is a beautiful and moving ballad, and the film's inclusion in the Best Picture category is also exciting. But with two wonderful leads — David Oyelowo and Carmen Ejogo as Martin Luther King, Jr. and Coretta Scott King, respectively — not to mention DuVernay's contribution, these two nods are unimpressive, dismal even. "For some people, what Ava represents is going to feel exciting, for others it just isn't," Carmen Ejogo says.

"There are obvious gifts in Ava. I think diversity in the art of filmmaking is something that should be reflected in all award ceremonies... if we're going to have them at all," she says. "They should at least reflect what's going on in the full world and community of the arts. There is so much talent out there that doesn't fit the typical format, so it gets overlooked and it's a real shame. I think, and hope, it will change in time."

Selma is in theatres now. See the trailer below: