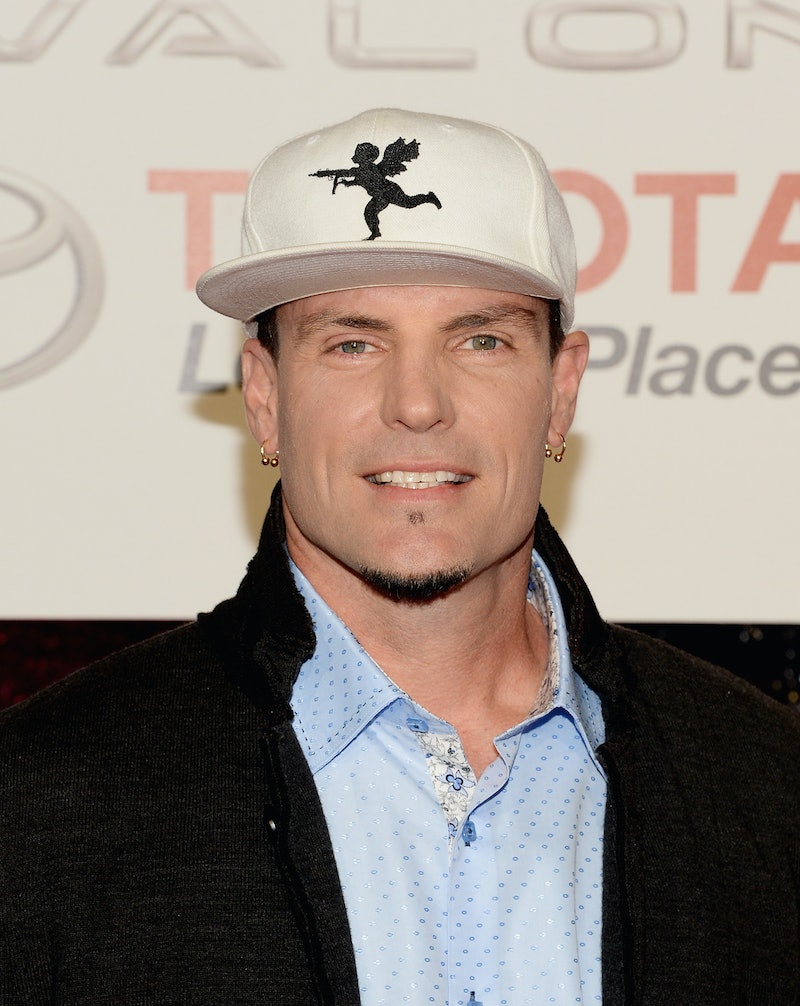 There's a chill in the air and it's not because there's a new remix of "Ice Ice Baby." It's because Vanilla Ice was arrested for burglary and grand theft, TMZ reports. Allegedly, Vanilla Ice (whose real name is Robert Van Winkle), stole items from an abandoned Florida home. Why was he taking these items? Apparently, it was all part of his show The Vanilla Ice Project, which focuses on renovating houses. Huh. Who knew Vanilla Ice was all about home design and repair?

Anyways, he reportedly entered the home and took furniture, a pool heater, bicycles, and other items. Even though the house was vacant, the home owner did not appreciate his items being taken, so the owner reported the items stolen to the police. Eventually, a search warrant was obtained and some of the stolen items were recovered.

This isn't the first time Vanilla Ice has been arrested. In 2001, he spent a night in jail for a domestic dispute. In 2004, he got booked on a domestic battery charge. Then, in 2008, he was arrested for a charge of simple battery for allegedly shoving his wife.

Vanilla Ice has yet to comment on the current arrest charges or situation, but I have a feeling he's finding comfort in his forever popular hit "Ice Ice Baby."

Who isn't put in a good mood after listening to the song that is, really, just another thing he's been accused of stealing?