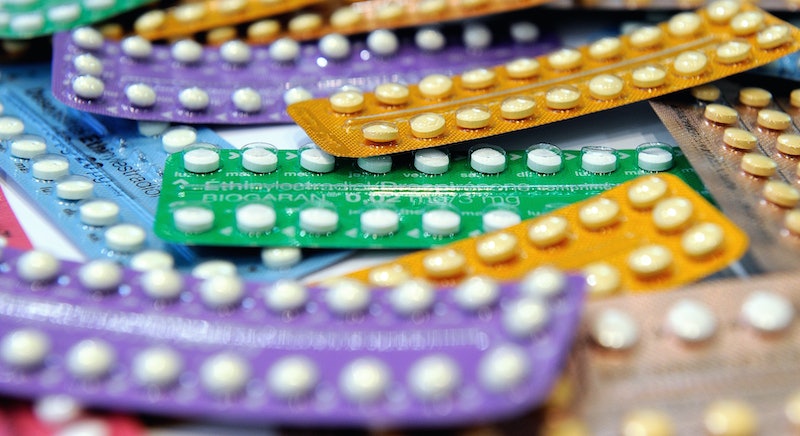 The Supreme Court opened its landmark Hobby Lobby ruling last year to a slew of contraception challenges in the lower courts, where at first it seemed like religious companies and schools opposed to birth control would come out on top. But last Wednesday, a federal court ruled that religious groups can't block birth control coverage to their employees because of their religious beliefs. The ruling is a major reproductive rights victory that further safeguards access to contraception.

Judge Marjorie O. Rendell, representing the 3rd Circuit Court of Appeals, ruled that Geneva College, a private Christian school, and the Pittsburgh and Erie Catholic dioceses in Pennsylvania were "unable to show that their religious exercise is burdened" when signing an accommodation form granting their employees contraception coverage. In fact, Rendell said the court would be hard-pressed to find any "substantial burden" in their case at all.

Under the Affordable Care Act, religious institutions and nonprofits who oppose contraception can receive an "accommodation" by the federal government. A third-party insurer will pay the cost of the health insurance coverage that includes contraception, ensuring that faith-based employers won't feel guilty about providing a form of medicine they're morally opposed to.

But for Geneva College and the two Catholic dioceses, even the accommodation was too much for their religious beliefs. The college and Catholic dioceses challenged the mandate, saying that signing a single slip of paper approving the accommodation violated their First Amendment rights. Catholics and certain Christian denominations oppose birth control, especially the morning-after pill, which they view as an abortion-inducing drug even though science has debunked that theory (the Green family at the center of the Hobby Lobby case also held the view that certain types of contraception were abortions).

During oral arguments, the plaintiffs tried to argue that signing the accommodation form forces them to "trigger" or "facilitate" insurance coverage of birth control. Rendell noted in her ruling that the plaintiffs' "real objection is to what happens after the form is provided—that is, to the actions of the insurance issuers and the third-party administrators."

At oral argument, the appellees argued that it was not merely the filing of the form that imposed a burden, but, rather, what follows from it. But free exercise jurisprudence instructs that we are to examine the act the appellees must perform—not the effect of that act—to see if it burdens substantially the appellees’ religious exercise.

Basically: It doesn't matter that insurance companies may end up providing birth control coverage to your employees, and your employees may end up choosing an IUD or (gasp!) taking the morning-after pill — signing a sheet of paper is not a burden on a Catholic diocese or Christian school. And on that note, federal law doesn't give any employer "a religious veto," as Rendell eloquently put it.

Rendell adds that not providing any accommodation to the birth control mandate would be considered a violation of First Amendment rights, as was the ruling in the Hobby Lobby case. However, religious nonprofits and institutions have been given the chance to opt out of contraception coverage since the ACA was passed in 2010. The option is there so religious employers aren't penalized under federal law while still being able to safely practice their beliefs.

"Federal law, rather than any involvement by the appellees in filling out or submitting the self-certification form, creates the obligation," for third-party insurers, Rendell writes. The Justice Department has argued used an argument similar to Rendell's in the past.

Many Catholic clergy are still fighting this argument, including Pittsburgh Bishop David Zubik, one of the plaintiffs in this most recent lawsuit. The bishop said in a statement last week:

Such a ruling should cause deep concern for anyone who cares about any First Amendment rights, especially the right to teach and practice a religious faith. This decision says that the church is no longer free to practice what we preach.

This is the fourth court decision to rule against religious institutions challenging the birth control accommodation, indicating that despite the Hobby Lobby ruling, access to contraception may not be entirely impacted in America in the upcoming years. However, Ian Millhiser of ThinkProgress notes that "the ultimate outcome of this dispute between religious employers and the women who work for them remains uncertain."