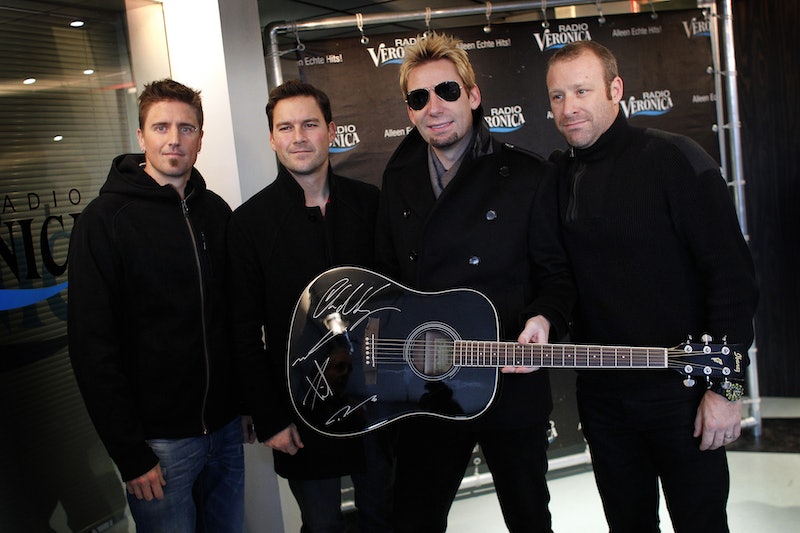 What would you be willing to do in order to raise money for a good cause? Well, no matter what it is, you're probably nowhere nears as hardcore as this guy: He's actually listening to Nickelback for one week straight to raise money for charity. That's 168 hours of Nickelback. Sort of makes all those people doing the Ice Bucket Shallenge look like wimps, huh?

Jesse Carey, host of Relevant magazine's podcast, is doing this crazy, crazy thing to raise money for the organization charity: water, which supports clean water projects such as wells and water purification in underserved regions in Africa, Southeast Asia, and the Americas. As part of his fundraising campaign, he will be listening to Nickelback for one week straight. From Monday, February 16th to February 22nd, he will be listening to their eight albums on a never-ending loop. No matter what else he's doing, there will be no escape from the Nickelback.

Fortunately, though, Carey's sacrifice doesn't seem to have been in vain. So far, his fundraising page has earned over $19,000, which is huge. Kaitlyn Jankowski, the supporter-experience manager for charity: water, stated on Relevant's podcast on Friday that the average campaign only raises around $1,000. So it seems that Nickelback is good for something after all. Or maybe they always were — I mean, I know that it's supposedly understood that everyone dislikes them, but they've also sold over 50 million albums. 'Fess up: Some of you are faking your hatred of them, aren't you?

But even if Carey were a secret Nickelback afficionado, 168 straight hours of anything is not for the faint of heart, as his Twitter account reveals.

You go, Jesse Carey! Prove to the world that no Canadian rock band will triumph over the glory that is the human spirit! The rest of us... will not be joining you, but we do support your cause!

And you can find some Nickelback below. I know at least some of you secretly want to listen. Just go with it.