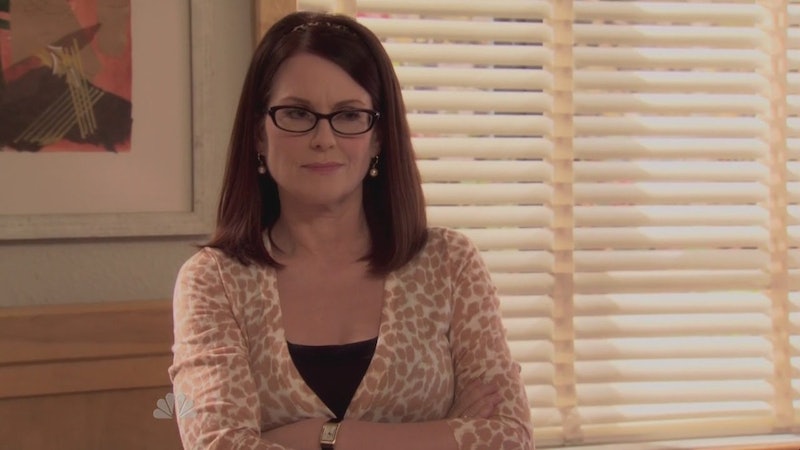 Picture this: a tall, rail-thin woman of an indeterminate age with dark grey hair pulled back in a bun. The horn-rimmed classes perched at the tip of her nose give her a menacing look that just gives you the heebies. She's always crabby, wears all black, and has one long hair spouting from the mole at the end of her nose.

If that clichéd version of a librarian doesn't sound familiar, you must be one of the lucky ones who knows the cardigan-wearing, tea-drinking, bright-eyed mistresses of the Dewey Decimal system. Your kind of librarian helps you find just the right book every time, and she always winks as she waves your late fee. Whether you know the crotchety, nightmare-inducing vision from your high school or the soft voice and vanilla-scented angel from the days of early reading, most people think of one these conventions when they think of librarians.

But don't let the glasses fool you, because not all librarians are evil witches or fairy godmothers. Over the years, pop culture has given us librarians who can break the mold and maybe even change your mind about what a "typical" librarian really is. Though these bookish ladies and gents spend their days cataloging, alphabetizing, and advising, they spend their nights fighting crime, solving mysteries, and basically saving the world.

From magicians to explorers to superheroes, here are 11 librarians from television, movies, and literature that prove not everyone who works in a library is the quiet type.

Much more than just a high school librarian, Rupert Giles is also a member of the Watchers Council, a group of badasses who track and defeat evil supernatural beings. Fiercely devoted to the ones he loves, especially his charge Buffy, Giles has a rebellious streak, but is ultimately selfless and an all-around the kind of librarian you’d want in a battle to save the world from destruction. Because that happens often enough, at least in Sunnydale.

Adventurous, brave, and clever, Evie O’Connell (née Carnahan) from The Mummy movies is basically a female Indiana Jones. A librarian and Egyptologist at the Cairo Museum of Antiquities, she isn’t afraid of a sword fight or a centuries-old mummy and his psycho lover. She was even an Egyptian Princess in a past life, so really, how much cooler could she be?

“Richard Tyler, consider this your passport to the wonderful and quite unpredictable world of books.” Have truer words about a library card ever been spoken? The Pagemaster’s librarian Mr. Dewey, whose mystic, alternate form is the Keeper of the Books and Guardian of the Written World, is eccentric to say the least, but he knows just how magical of a place a library can be. Plus, hes nice enough to bend the rules and let you check out as many books as you want… just this once, of course.

She might be criminally insane, but I’ll be damned if Tammy Swanson, the oversexed Deputy Director of Library Services from Parks and Recreation, isn’t the most hilarious librarian in the history of librarians. A master seductress and queen manipulator, she is certainly the kind of librarian that would liven up your book club.

Hasn’t everyone dreamed of finding a librarian like Mrs. Phelps? She is not only kind and compassionate, but encouraging, and lives for helping young readers flourish with bits of advice in the form of beautiful metaphors. “Sit back and allow the words to wash around you, like music.” Need I go on?

He might have led a tragic life, but Henry DeTamble from Audrey Niffenegger’s The Time Traveler’s Wife makes the list because of his pretty cool ability to go anywhere in time, past or future. Sure, he had no control over it, and he might not handle stress well, and let’s face it, he leaves his wife (involuntarily) in some pretty difficult situations, but Henry’s love for Clare is something we can all swoon over. And who wouldn’t want to be able to travel in time?

The head of Gotham City Public Library, a congresswoman, AND a superhero? Not many librarians can top the list of accomplishments of Barbara Gordon. An educated, career woman by day and a crime-fighter at night, Batgirl is enough to inspire any young woman to want to become a librarian.

Belle, Once Upon a Time

She might seem timid and simple on the surface, but Once Upon a Time’s Belle is anything but. Smart, brave, and righteous, this princess-turned-librarian uses her knowledge of books to take down beasts in the Enchanted Forest — that is, when she isn't busy chugging beers and starting fights as her alter-ego, Lacey.

Probably the closest thing to the traditional librarian archetype, Hogwarts' own Madam Pince is not a force to be reckoned with. A highly skilled witch, she is as severe as she is strict. A word of advice: don’t deface any books in her library, or be prepared to face dire consequences in the form of curses and jinxes.

Sexy, hyper-intelligent, and heroic, Flynn Carsen from The Librarians is every bookish girl’s dream man. What he lacks in his skills with the ladies, he makes up for with his 23 academic degrees and valor. I mean, come on, just look at that smoldering stare and tell me you don’t want to make out with him in the stacks.

Taystee, Orange Is The New Black

Tasha “Taystee” Jefferson might be a criminal, but Litchfield Penitentiary has never had a better, more outspoken, librarian. Well read, ambitious, and loyal, Taystee is your go-to inmate for a good book recommendation, and she knows not to mess around with the good books.

More like this
I've Read The Harry Potter Books 30+ Times & This Plot Hole Haunts Me
By Kelsey Stiegman
'The Sandman’s Ending Is A Departure From Neil Gaiman’s Comic Book Series
By Kadin Burnett
‘The Simpsons’ Will *Finally* Address How They “Predict The Future”
By Sam Ramsden
The 'PLL: Original Sin' Creators Say A’s Identity Will Be “Very Clear” By The Season Finale
By Alyssa Lapid
Get Even More From Bustle — Sign Up For The Newsletter