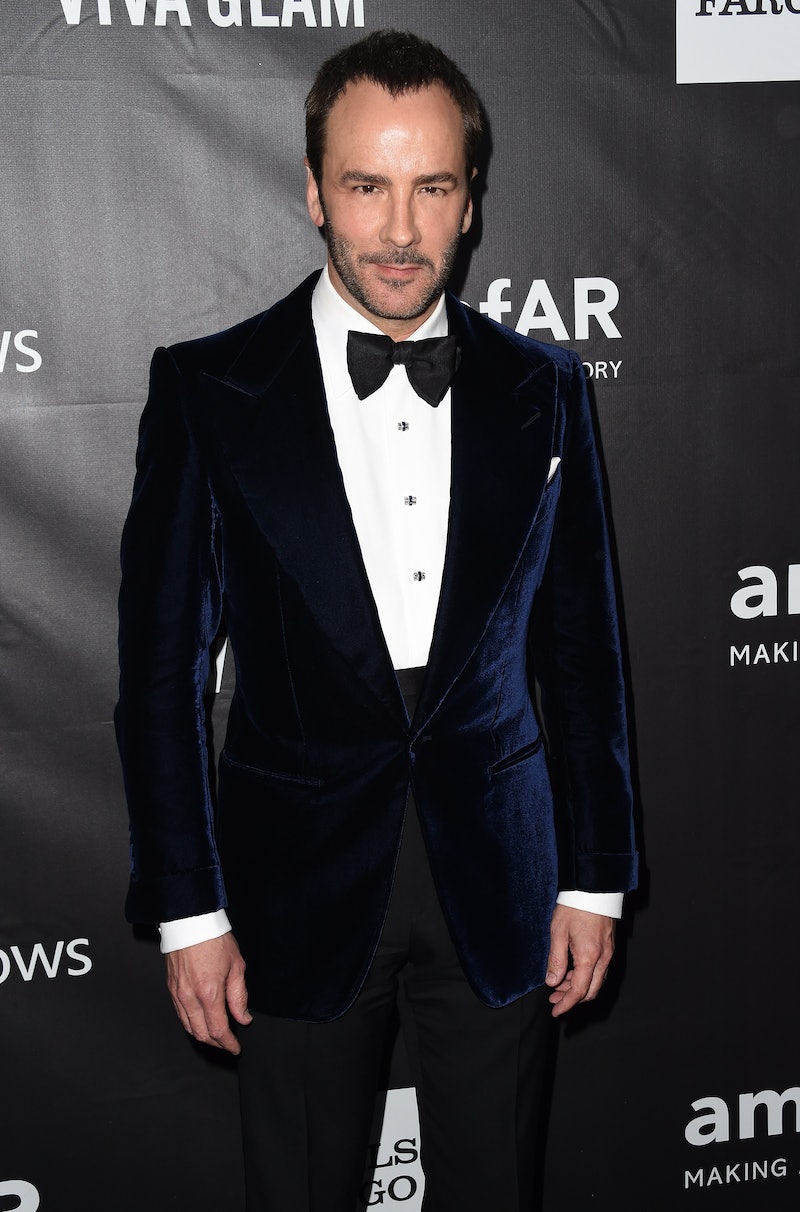 I love a red carpet moment as much as the next girl, but I have a feeling that whatever gowns Tom Ford sends into the Oscars this weekend will be tainted for me, gorgeous as they will surely be. Because according to his interview with Women's Wear Daily, Tom Ford thinks awards show dresses should make women look thin. Ugh.

"What you end up [designing for award shows] is not what you’d send down the runway at all, at all, at all," he said. OK, fair enough. But then, he added, "You mostly try to make sure they don’t look bad, that they look slim.” SMH.

Ford, who's dressed the likes of Rihanna, Jennifer Lawrence, Julianne Moore, and Beyoncé, backtracked a bit, saying “You have to have a waist. You can be big, but you need to have a waist that has something to do with our standard of beauty. Women have curves, hips, a waist. It isn’t about being thin, it’s about having a waist. And there’s a reason for that. Look at a photograph against a wall. You can look wide with a head on it, or you can have a human shape.”

A human shape? Who's to say a woman who's not showing off her curves doesn't have a human shape? Although he thankfully took back the "slim" comment, it's still sad that he's buying into the notion that one body type is desirable, regardless of our standard of beauty. I'll be totally honest, as someone with a big butt and a sizable chest, I like that he's pseudo-celebrating curves, but that's not the point. If I want to wear my go-to black swing minidress, which shows about as much voluptuousness as a trash bag would, does that make me look like less of a woman?

Look, I think Tom Ford is a wonderfully talented man (see: his runway shows, A Single Man .) He's a true visionary and a trendsetter. But if he's so in touch with the modern-day "standard of beauty," why isn't he interested in changing the tune a bit? He's a creative legend. If anyone has an opportunity to change the way we think about how a woman's body should look in a dress, it's someone like him.

Red carpet fashion is a strange breed indeed, but I think that gives all the more reason to switch it up. Even though I personally didn't love Lena Dunham's Golden Globes dress (the wrinkles and odd seam details really threw me), I do love that she strayed from the classic silhouette that Ford is referring to. So here's to hoping we'll see someone else go in a different direction at the Oscars (although we know that person probably won't be wearing Tom Ford.)